Dharamshala: 22 years old all rounder cricketer from Mandi in Himachal, Rishi Dhawan has started showing his caliber in Ranji. Stylish right-hand bat and right-arm medium-fast bowler Rishi struck 128 runs with 15 boundaries against Jharkhand in the 1stinnings at Ranchi on Monday. This is his 2nd Centruy of the season and third of 1st class carrier which started on2009. 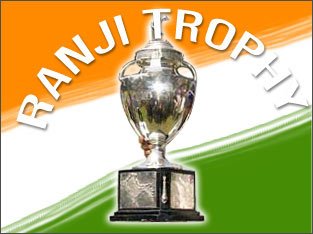 Rishi started his career from Dharamshala. Rishi also showed his class with the ball when he took 6 Jharkhand wickets for 63 runs. It’s amazing how this 22 year-old, who played his junior cricket as an opener, is now leading the Himachal attack with a new ball.

Four years ago, he used to bowl occasionally as the team management didn’t want his batting to be affected.

“It’s an honor to lead Himachal pace attack, a great responsibility. It’s just a start and I have a long way to go,” Dhawan said on phone. The ability to move the ball both ways makes Dhawan dangerous, with a speed of around 130-134 kmph consistently, which is enough to trouble any good batsman.

He has taken so far 82 wickets in 19 first class matches by conceding just 2027 runs.

If still anybody has doubt over his all-round credentials, Dhawan’s marathon 340 against Railways in Cooch Behar Under-19 playoff tie three years ago is enough to confirm his batting abilities. Although he is still bating five down for Himachal, he has been performing well with the bat there.

“It’s great that my batting is also coming good this season. I have four-five hundreds at the junior level and three in Ranji as I have always taken my batting seriously,” he said.

Considering the deteriorating Indian bowling condition in the present series against England, Rishi Dhawan could be a solid contender for bowling battery.