Shimla: Election campaigning at its peak in Himachal will end at 5 p.m. on November 2, and no party would be allowed to campaign and any political functionary, party worker or campaign functionary brought from outside would not be allowed to remain in any constituency, chief electoral officer Narinder Chauhan stated here today. 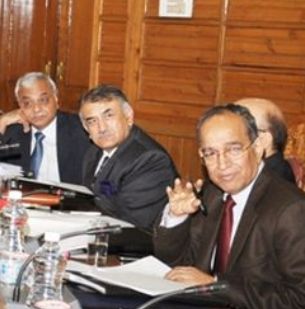 He said that restrictions on presence political party incharge in a constituency may not be insisted upon and such office bearers of the political party need to declare their staying place in the capital and also disclose their movement during the period in question.

All political parties, contesting candidates and their agents have been directed to adhered to the election commissions instructions about election code of conduct that is in enforce in the state.

The chief electoral officer has asked all district election and police officers to ensure that all political functionaries who have been provided security are not allowed to remain present in the constituencies whre they are not electors after the period of campaigning is over.

They have also been asked to restrict movements of all such political functionaries in the constituencies in which they are bonafide electors on the day of poll before and after the votes are cast. Election candidates’ movements, however, are exempted from such bindings, he added.