Dharamsala: Come Sunday (November 4, 2012) around  45.16 lakh voters, which include 22 lakh female voters, are to decide the fate of 459 candidates in in the fray for the Himachal assembly poll.

Carpet bombing campaign of central leaders has aroused heated debates over national and local issues in this election campaign that is under intense media glare this time with election candidates focused more and more on a door to door campaign. 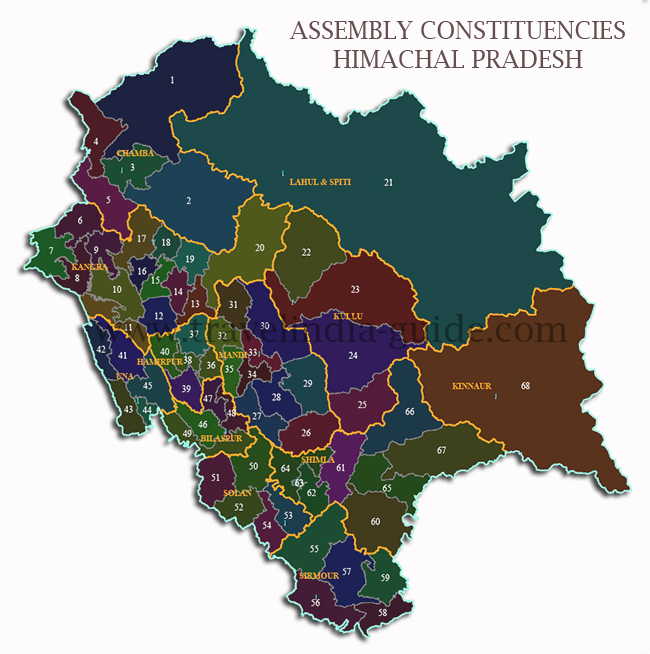 Other than traditional rivals Congress and BJP, who have fielded 68 candidates each,  many other parties are also out trying trying their luck, which includes BSP who have fielded candidates in 66 out of 68 constituencies. Only in Banjar in Kullu and Nadoun in Hamirpur, BSP has not put up any candidate.

Nationalist Congress Party (NCP) and Indian Trinamool Congress (TMC) are making their debut in Himachal assembly elections this time .CPI, CPI(M) and SP have also fielded candidates on many seats.

In no constituency is there a direct fight, whereas there is an triangular contest on two seats in Churah of Chamba where  Congress, BJP and BSP have put up candidates and in Nadoun of Hamirpur there are candidates  from Congress, BJP and Himachal Lokhit Party in the fray.

Chief Minister PK Dhumal contesting from Hamirpur and Congress candidate Major Vijay Mankotia in Shahpur, Kangra are up against 7 candidates each.

Seven time MLA and the oldest candidate in fray, Congress veteran Vidya Stokes (84) is also pitched in a seven cornered contest in Theog constituency of Shimla

Maximum number of candidates contesting from any one seat are  in Dehra in Kangra  where there are 16 candidates. Food minister Ramesh Dhwala is the BJP candidate from Dehra.

From Dharamshala there are 14 candidates in the fray which includes industry minister Kishan Kapoor and Congress MLA Sudhir Sharma.

This time there are 107 candidates fighting the election as Independents.

While political pundits are terming it a fight to the finish, with visible wave in favour of any party but the results would only be out on December 20, when counting is scheduled to be held after conclusion of the election in Gujarat.