Mumbai: A unique exhibition providing a 3-dimensional immersive experience of an Egyptian mummy, a priest who lived and died around 3000 years ago, opened here Wednesday. 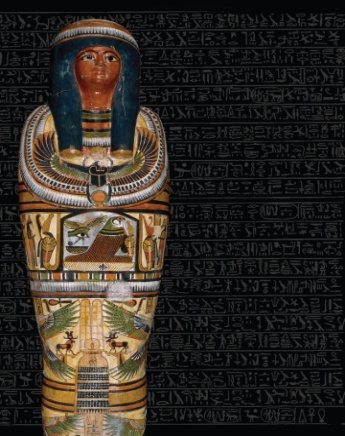 The unprecedented, non-invasive technique of x-rays, CT-scans and advanced computer technology takes viewers through a ‘virtual unwrap’ of the mummy, combined with resconstructions of the priest Nesperennub’s life and mummification in ancient Egypt.

The exhibition opened in Mumbai’s 90-year-old museum, Chhatrapati Shivaji Maharaj Vastu Sangrahalaya (CSMVS), in collaboration with the British Museum and sponsored by the Reliance Foundation and BP, and will be on for another four months.

The expo also comprises some astounding artefacts from the Egyptian Collection of the British Museum, Nesperennub’s cartonnage case and an array of funerary objects and figurines, besides a range of merchandise that can be bought as souvenirs.

Commenting on the inauguration here Tuesday, CSMVS director-general Sabyasachi Mukherjee said that the British Museum’s range of Egyptian mummies and other important associate antiquities have always fascinated the world in general, especially Indian before of its historic connection with the sub-continent.

“Egyptian mummies are some of the most popular exhibits of the British Museum and this technology has widened our understanding of the culture of ancient Egypt immeasurably,” said Neil MacGregor, director of British Museum, London.

Terming it as a ‘not-to-be-missed’ expo, Exhibiton co-ordinator and art conservation consultant Anupam Sah said that the collaboration with the British Museum is in line with CSMVS’s continuing efforts to bring to the public glimpses of cultural treasures from around the world.

“The Egyptian mummy has always amazed the world as an incredible phenomenon. It epitomizes human ingenuity and is a great example of a rich heritage. We hope this exhibiton will help unravel this great wonder and serve as an inspiring learning experience to thousands of children,” said Reliance Foundation chairperson Nita M. Ambani.

According to Sah, there are around half-a-dozen mummies in different Indian museums, but this is the first time a high-tech expo on an Egyptian mummy along with some 100 artefacts from the pyramid will be seen in India.