Hyderabad: Authorities in Andhra Pradesh have launched an investigation into allegations that a teacher in a private school allegedly made a five-year-old student drink urine.

An official of the education department at Anaparthy ‘mandal’ (block) in East Godavari district of coastal Andhra region began a probe into the incident amid contradictory versions over what happened at the Satyabhama Primary School. 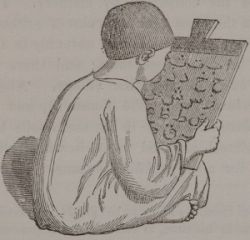 On a petition by a NGO AP Balala Hakkula Sangham, the state human rights commission also ordered an inquiry into the incident, which took place Wednesday but came to light Thursday.

Anjaneya Reddy’s parents Surya Reddy and Ganga Maheswari alleged that the teacher made their son, a Class 1 student, drink urine.

He along with three of his class mates had urinated in a tumbler and kept it in a corner of their classroom. On learning about this, the teacher reprimanded the students, who put the blame on Anjaneya Reddy.

The teacher then allegedly forced the boy to drink the urine. When he resisted, she asked the other students to hold him.

Police said the boy changed his version later to say that the teacher made other boys throw urine on him. The police began investigations on a complaint by the boy’s parents.

The incident triggered an outcry with parents demanding strong action against the school management.

School authorities claimed that some boys urinated in a tumbler and threw it on each other.