Shimla: A government bureaucracy out to refurbish its image is all prepared to shell out Rs 18 crore of public exchequer money for a makeover by throwing out all old colonial style wooden furniture to be replaced by high ended branded sofa’s and modular working desks.

“In the name of go green and an eco-friendly working environment, babu’s are out do junk the modest but comfortable wooden furniture,” said a senior public servant concerned about the big budget being shelled out for refurnishing the state secretariat offices.

Instead the fancy and high end Godrej Interio steel framed furniture along with modular office outlooks are to be procured in a major image makeover of the core government offices. 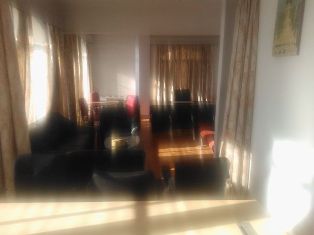 The two main buildings that house the state secretariat have about 1600 employees working, a majority of whom consist of peons, clerks, superintendents and others who make up for lower and middle rung of the workforce.

For this category, the new office environment for them is planned to be a computer equipped workstation that could cost the treasury about Rs 20,000 to Rs 25,000 per head.

The argument extended for the revamp is that old style bulky furniture was occupying a lot of space, causing crowding in rooms where several people share office space.

The new workstations would held to make optimum use of available space that would improve transparency as well as improve efficiency.

Ellerslie, the heritage building of colonial design, houses the chief minister’s and other ministers offices along with space for their staff.

The 125 rooms of this wood and stone structure also has offices of some senior offices, which includes that of the chief secretary and principal secretary to the CM.

The newer six floored Armsdale building has more than 200 rooms, where most senior secretaries and much of the lower and middle rung staff are housed. 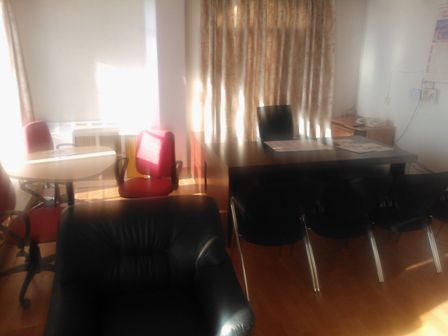 However it is the new furniture for senior bureaucrats that eats into the pie with the complete set of sofa’s, modular computer friendly desks, smaller conference tables, steel framed chairs, a furnished retiring room and other accessories estimated at over a couple of lakhs that holds them in envy of the lower staff.

When contacted chief secretary Sudripto Roy said, “to start with only one floor in one building would be refurbished with the new furniture.”

He said that the Rs 18 crore plan for replacing old furniture with new one was approved long time ago and it would be carried out in a phased manner.

He denied that officers’ rooms were being fitted with expensive furniture.

“Only the desk which costs Rs 45000 a piece was the most expensive item. It is the same desk that the union cabinet secretary uses as it provides a healthy working space for present needs,” he said.

“The ministers rooms are only to be refitted with the new aesthetic furniture after the new government is sworn in,” said Roy.

Polling having taken place the new government is expected to assume office before the year ends as results are scheduled to be declared on December 20.