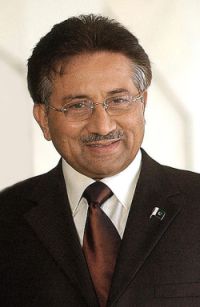 New Delhi: Former Pakistan President Pervez Musharraf Saturday said that the Pakistan Army, widely seen as anti-India, was in favour of peace with New Delhi and stressed that the Kashmir issue, “the root cause of dispute”, needs to be resolved as it provides fuel to extremism in his country.

“The festering wounds of Kashmir continue. We need to resolve the long-standing disputes. These are the causes of hatred, conflict and war,” Musharraf said at the Hindustan Times Leadership Summit here.

These disputes, which spawn religious fundamentalism, need to be resolved for socio-economic development of both countries, said Musharraf.

Alluding to his four-point formula for resolving the Kashmir issue which he proposed, Musharraf stressed that this roadmap was still the best way forward. The formula included, among other things, gradual demilitarization along the Line of Control, giving maximum self-governance to the two halves of Kashmir, making LoC irrelevant by opening as many routes along the border as possible.

Musharraf said he had proposed this formula to Prime Minister Manmohan Singh, and added that there was “some progress” on it.

He said the two sides were working on a draft agreement for 15-20 years, but admitted there were “some hitches”.

Later, speaking to reporters, Musharraf said he had invited Manmohan Singh to visit Pakistan in 2007 and sign some agreements, but he didn’t come.

However, Musharraf stressed that he did not “feel let down” by Manmohan Singh as he had “the highest esteem for him”.

“We were moving forward. There was a sincerity on both sides. In 2007, he was supposed to come to Pakistan. I told him that coming to Pakistan would be meaningless if no agreement was signed. But he did not come,” he said.

Calling the resolution of disputes over Siachen and Sir Creek doable, Musharraf said had he come the two sides could have done deals on these issues.

Stressing that he was not speaking for the government of Pakistan, he pitched for greater flow of people and trade between the two countries to create enduring peace.