Shimla: For infringement of personal liberty and illegal detention, the Himachal Pradesh High Court today decreed the state government to cough up Rs 2 lakh compensation to pay petitioner Suresh Kumar, who in July 2009 was kept in illegal detention for over 72 hours 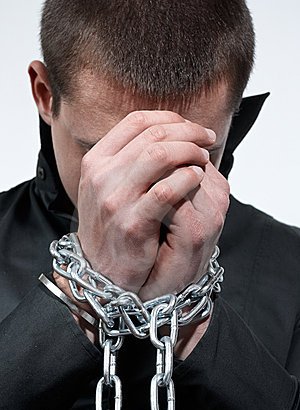 In a petition that had challenged a sub-divisional magistrates (SDMs) powers to order direct arrest of a person under section 171/151 of the Code of Criminal Procedure, Justice Rajiv Sharma also directed that Om Prakash, the then Assistant Sub Inspector (ASI) under whose jurisdiction the petitioner was kept in custody, be placed under suspension.

In was on the judge’s order that IAS officers Sidharth Acharya and BR Kamal were suspended on 23 May, 2013 for infringing upon personal liberty of the concerned individual.

Against the high handedness of the officers, Suresh Kumar had approached the High Court alleging that he had made a number of complaints to government authorities regarding encroachment made by two residents on village common land as well as government land measuring 60 bighas.

Though the encroachment was later removed but not before he was implicated in a false case in which BR Kamal as SDM Rohroo had ordered his arrest on 7.7.2009.

However, later the proceedings against the petitioner were later dropped.

Other than ordering the suspension of the Om Prakash, who then was the ASI at police post Saraswati Nagar, Jubbal, the judge also directed the state to conclude the disciplinary proceeding within 3 months against the officers as well as the police official who had  the infringement upon the liberty of an individual.

The court also left it open for the government to recover the compensation amount from the two IAS Officers and police officer.