Shimla: Out to settle scores with former party colleagues, Himachal Lokhit Party, (HLP) an outfit mainly of ex-BJP men, is banking on cashing on Telephone as their party symbol that has been allotted to them by Election Commission of India. 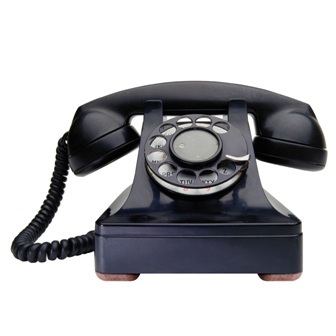 Though unrecognized parties are not allotted a common symbol but HLP convener Maheshwar Singh, a former state BJP president, has been able to convince the electoral authorities about putting up substantial number of candidates for the November 4 poll.

The concession of allotment of common symbols to HLP has been done by EC under the provisions of Para 10B of the Election Symbols (Reservation and Allotment) Order, 1968.

It has also directed concerned Returning Officers to allot the common symbol to candidates subject to fulfilment of provisions of the Order.

With the high density of telephones in the state, especially mobile phones, upstart parties are known to vie for bagging the symbol in the state.

When the telecom scam tainted former minister floated a regional outfit Himachal Vikas Congress, an application for being allotted telephone as the party’s symbol in the state was accepted by the Election Commission of India in the 1998 assembly elections.

Sukh Ram’s party went onto win four seats in hung assembly in the 1998 elections and sided with BJP to install Prem Kumar Dhumal as the chief minister for the first term in power.

Having announced plans to contest elections from Kullu seat, HLP supremo Maheshwar Singh has also released a list of 24 other names who would be contesting on the party symbol.

Two days ago, sitting BJP MLA, Khushi Ram Balnatah also announced his resignation from the party with which he was for over three decades to contest the election on a HLP ticket.

Dullo Ram, Shyama Sharma and Naveen Dhiman, Balbir Chaudhary, KD Dharmani, Babu Ram Mandyal, all former MLAs are on the list of candidates that HLP is fielding for the crucial assembly election.

The Himachal Swabhiman Party is also vying to claim a position of a regional party was was floated by once BJP think tank Govindacharya. The aim of the party was to provide an alternate to the BJP-Congress bi-polarity in the states politics