Shimla: Cycling through the rugged mountain tracks of Himachal Pradesh is on a roll. And this time, the adventurous mountain bikers are not just foreigners.

At a nine-day, 438-km long mountain biking (MTB) expedition here last week, 62 of the 75 cyclists were Indians – most of them with white collar jobs in big cities. 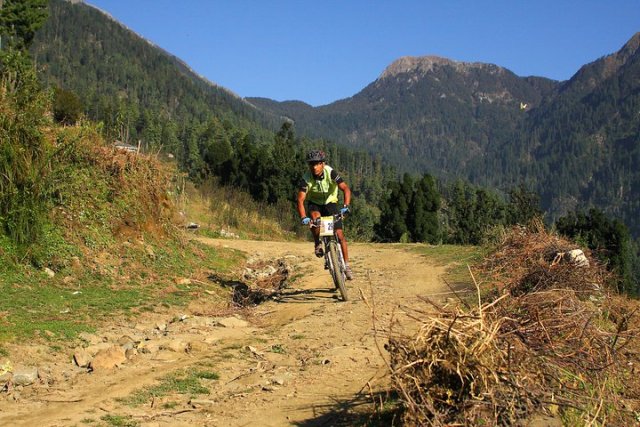 “Initially, Hercules MTB Himachal used to see mostly foreigners. But for the past three-four years, the expedition is getting popular among Indians. A major chunk of them are corporate executives from metros,” said Mohit Sood of the Himalayan Adventure Sports and Tourism Promotion Association (HASTPA).

The club in Shimla had organised the expedition, considered one of toughest in the world, during Sep 29-Oct 6. 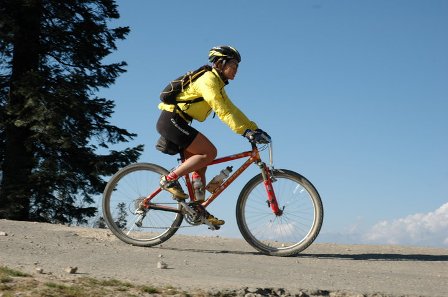 “The trend to explore nature on a cycle is getting popular among domestic adventure lovers too,” he said.

“They now see mountain biking as an adventure holiday for healthy living,” he said.

“It is an exercise of the mind and the body,” said Saminder Saluja, a cyclist from Delhi who participated in the expedition. “For the past few years, I have been a regular participant.”

The growing enthusiasm among Indians for mountain biking has also meant growing business for travel agents and tour operators. 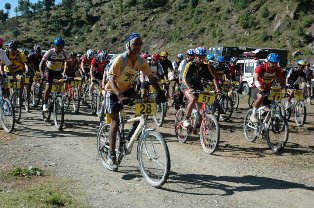 Those in the adventure tourism industry in Kullu and Manali say the best time to pedal in the hills, especially in the higher reaches, is from June till snowfall begins in November.

The 475-km Manali-Leh road linking the tourist hill town to Ladakh attracts the most number of cyclists. 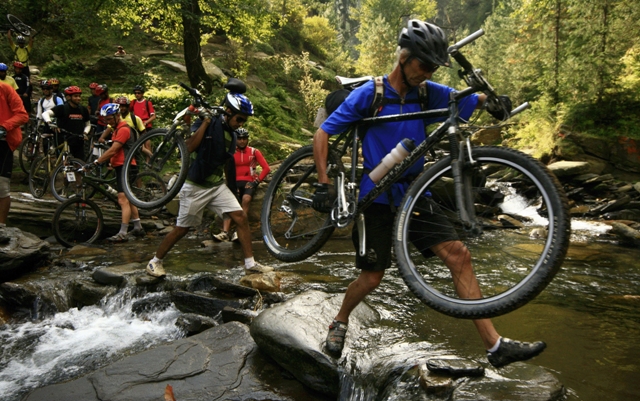 The route is tough and the pressure on cyclists is extreme since they have to cycle through the cold deserts of Lahaul and Spiti and Ladakh.

“The Manali-Leh expedition is for 14 days, including three days of acclimatisation,” said Prithvi Raj Sharma of Magic Mountain, a travel agent in Manali.

He said the fee per cyclist ranges between Rs.40,000 and Rs.50,000 depending on the time of booking and the kits sought.

For newcomers and families, the hills surrounding Narkanda, 65 km from here, and Kasauli in Solan, around 29 km from here, are the best cycling spots.

The slopes of Jalori Pass (at an altitude of 3,223 metres) in Kullu are one of the finest in the world, says Cycling Federation of India member Rakesh Mohindra.

Cyclists can test their endurance, skill and luck on these vertical climbs, he said. 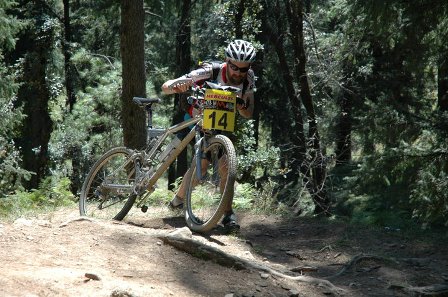 The 320-km Shimla-Rekong Peo-Sumdoh-Kaza route also offers a lot of thrills with mild, tough and extremely rugged slopes. But it is strictly for professionals, riding bikes of titanium carbon fibre priced between Rs.100,000 and Rs.200,000.

Andre Deplechin, a 59-year-old cyclist from France and a participant in Hercules MTB Himachal, says “the state’s terrain is marvellous for cycling.”

“I have been biking across the world for 20 years, but Himachal’s terrain really tests one’s nerves. Some of the stretches are more challenging than Nepal’s,” he said.