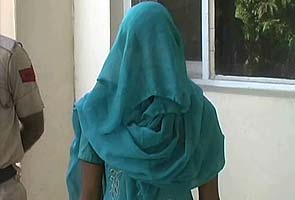 Chandigarh:  There have been as many as 10 cases of rape, half of them gang rape, in just the last 25 days in Haryana but the state director general of police (DGP) says the number of rape cases has come down as compared to the last year.

The first incident of gang rape in the latest spurt of such incidents occurred Sep 9 near Hisar town, about 230 km from state capital, but was only reported to police Sep 18, after the Dalit father of the victim committed suicide when he came to know that his daughter had been gang raped and an MMS clip of her had been circulated.

The most recent was reported from Yamunanagar district, 80 km from here, Thursday. A 16-year-old school girl complained to police that she was kidnapped and raped by two youths.

“The number of rape cases this year in Haryana has reduced by 80, compared to 2011. The media should exercise restraint while saying that the crime graph is increasing,” DGP Ranjiv Dalal, on the defensive over the spurt in rape cases, said here.

Earlier this week, Dalal announced, following the large number of rape cases, that the leave of all officers and other staff of the Haryana Police was being cancelled until Diwali, which falls in November this year. However, six cases of rape were reported after the leave of police personnel were cancelled.

The Yamunanagar incident was preceded by four cases of rape from different parts of Haryana, in the previous 72 hours.

A newly-married 19-year-old woman complained Wednesday that she was abducted and raped by four men in Gohana town near Sonipat, about 200 km from the state capital, for four days.

A 13-year-old girl was raped Wednesday by her neighbour in Rohtak town, home town of Chief Minister Bhupinder Singh Hooda, about 225 km from here.

Two days earlier, Monday, a 15-year-old mentally challenged Dalit girl was raped in the same town. The victim was allegedly lured by three women relatives in Kachchi Garhi Mohalla Colony of Rohtak and then raped by a youth.

A 30-year-old married woman from a backward community was gang raped Sep 21 inside her house in Pillukhera township in Jind district, about 180 km from here, at gun point by three men. The woman’s family, including children, were held hostage, and the accused even made an MMS clip of the crime which they later circulated.

A teenaged girl, student of Class 11, was gang raped by four youths in Gohana town, about 175 km from here, last Friday. She had gone to buy groceries when one accused, who was the shopkeeper, asked her to pick up the grocery from his godown nearby. Three other youth were already present there; the four men raped her.

In Tosham town in Bhiwani district, about 225 km from here, a teenaged girl was gang raped in a moving multi-utility vehicle (MUV) by three youth Sep 29.

Embarrassed by the growing number of rape cases, Hooda could only say, in defence of his administration: “The police have been directed to register FIRs on all complaints. The number of cases seem more, because of prompt registration of cases.”

As the rape cases continued, Hooda said: “These are shameful incidents. We will not spare anyone indulging in such crimes.”