Chandigarh: Chandigarh, termed The City Beautiful by its French founder-architect Le Corbusier, has always been the subject of controversy between Punjab and Haryana with both laying claims over it. Now, a third and new dimension has been added with a demand from some quarters that the city be made the 29th state of India. 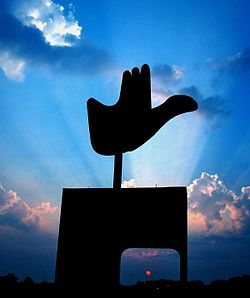 Officially a union territory (UT) administered by the central government, Chandigarh has the unique distinction of being the joint capital of Punjab and Haryana, even though both the states have no control over its administration.

The UT is under the control of the ministry of home affairs.

The Chandigarh unit of the Janata Dal-United (JD-U) has initiated a month-long signature campaign among city residents, demanding that the city be declared the 29th state of India. The union territory now covers an area of only 114 square km.

“We have initiated a signature campaign to intensify and garner public support for a mass movement for the creation of Chandigarh as the 29th state of India with the merger of 50 km areas of Punjab, Haryana and Himachal Pradesh,” city’s JD-U president Surinder Bhardwaj said.

Along with the demand that Chandigarh be made a state, the party is seeking removal of the Punjab governor as the administrator of Chandigarh, setting up of a state boundary commission to demarcate the areas of 50 km surrounding Chandigarh, formation of a state legislative assembly, a separate public service commission and subordinate selection board as well as a civil services cadre.

The 50 km area around Chandigarh, which is being sought for inclusion in the new state include areas of Mohali, Kurali, Banur, Rajpura, Kharar, Lalru and Dera Bassi (all in Punjab), Panchkula, Barwala, Morni, Pinjore and Kalka (all in Haryana) and Baddi (Himachal Pradesh).

Most of these areas in Chandigarh’s periphery have developed in a haphazard way and have been putting pressure on Chandigarh for their needs of health, educational, commercial and other services.

While Chandigarh is governed by a bureaucratic set-up, with officers being drawn from central government, Punjab and Haryana cadres, civic affairs are managed by a municipal corporation.

“This is a weird idea — to have Chandigarh as a state. Even if the areas are included in Chandigarh from neighbouring states, it will remain a small entity. The burden of these merged areas will ruin the character of Chandigarh,” city-based businessman Manmohan Singla said.

But there are others who differ.

“If Singapore can be run as a country and a successful city-state, why can’t Chandigarh? If the adjoining areas are merged in Chandigarh and it has its own political government, the city could evolve better. In the present bureaucratic setup, officers are not that accountable as there are no political bosses above them,” entrepreneur Brajesh Singh said.

Chandigarh was conceived and built in the 1950s as a symbol of a modern, resurgent, post-independent India. It was the first planned city in the country.

It was made a UT and declared the joint capital of Punjab and Haryana after Punjab was divided and Haryana was created Nov 1, 1966.