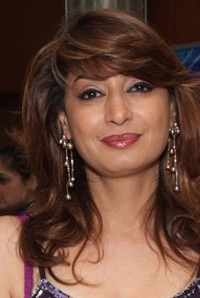 New Delhi:  Sunanda Pushkar Wednesday termed as “downright disgusting” and belittling of women the comment of Gujarat Chief Minister Narendra Modi describing her as the “Rs.50-crore girlfriend” of Shashi Tharoor.

In an interview to NDTV news channel, Pushkar, who was allegedly linked to the IPL Kochi cricket controversy in 2009, said she was “extremely disappointed” at Modi’s remarks and wondered, “how can someone stoop to something like that”.

Modi made the comment at an election rally in Himachal Pradesh two days ago, after Tharoor was brought back into the union council of ministers. The Thiruvananthapuram MP had resigned from the union ministry in 2010 over the IPL Kochi episode.

Pushkar said she was “completely horrified” to hear the remarks by “this guy” who comes from the land of Mahatma Gandhi and Sardar Patel.

“In the case of the Gujarat chief minister, I feel sad why they get so personal and belittle… It is downright disgusting,” she said.

Asked if she would demand an apology, Pushkar said, “A man who hasn’t apologised to his people for the killing of innocent Gujaratis on his watch (2002 riots), how would I expect an apology from him?”

She also said she had got a lot of support from people, including many men, who had reached out to her and asked her to speak out following Modi’s comments.

Referring to the IPL Kochi team issue, Pushkar said: “we have completely sorted it out, answered all questions of the ED (Enforcement Directorate)”. “Where is the Rs.50 crore?” asked Pushkar.

“I was highly amused by the figure… Earlier, the figure was Rs. 70 crore, so where has Rs.20 crore gone?”

“The BJP needs to figure it out… it is an imaginary figure,” she said, adding: “Show me the money.”

Pushkar claimed there was “no money involved” in her venture in the IPL Kochi.

Referring to the allegations of financial impropriety in land deals against Congress chief Sonia Gandhi’s son-in-law, Robert Vadra, she wondered why people not involved in politics were being targeted.

On BJP leader Mukhtar Abbas Naqvi terming her husband a “love guru” who should be given the “ministry of love affairs”, Pushkar said the remark was “very sad” as she came from an affectionate family that believed in “PDA” or public display of affection.

“The BJP had nothing else to attack.. If they were real men, they would attack on proper issues…They attack everybody without proof,” said Pushkar, adding that “This guy (Modi) wants to win the elections.”

To Modi’s comment, Tharoor had retorted with a tweet: “My wife is worth a lot more than your imaginary 50 crores. She is priceless. But you need to be able to love someone to understand that.”