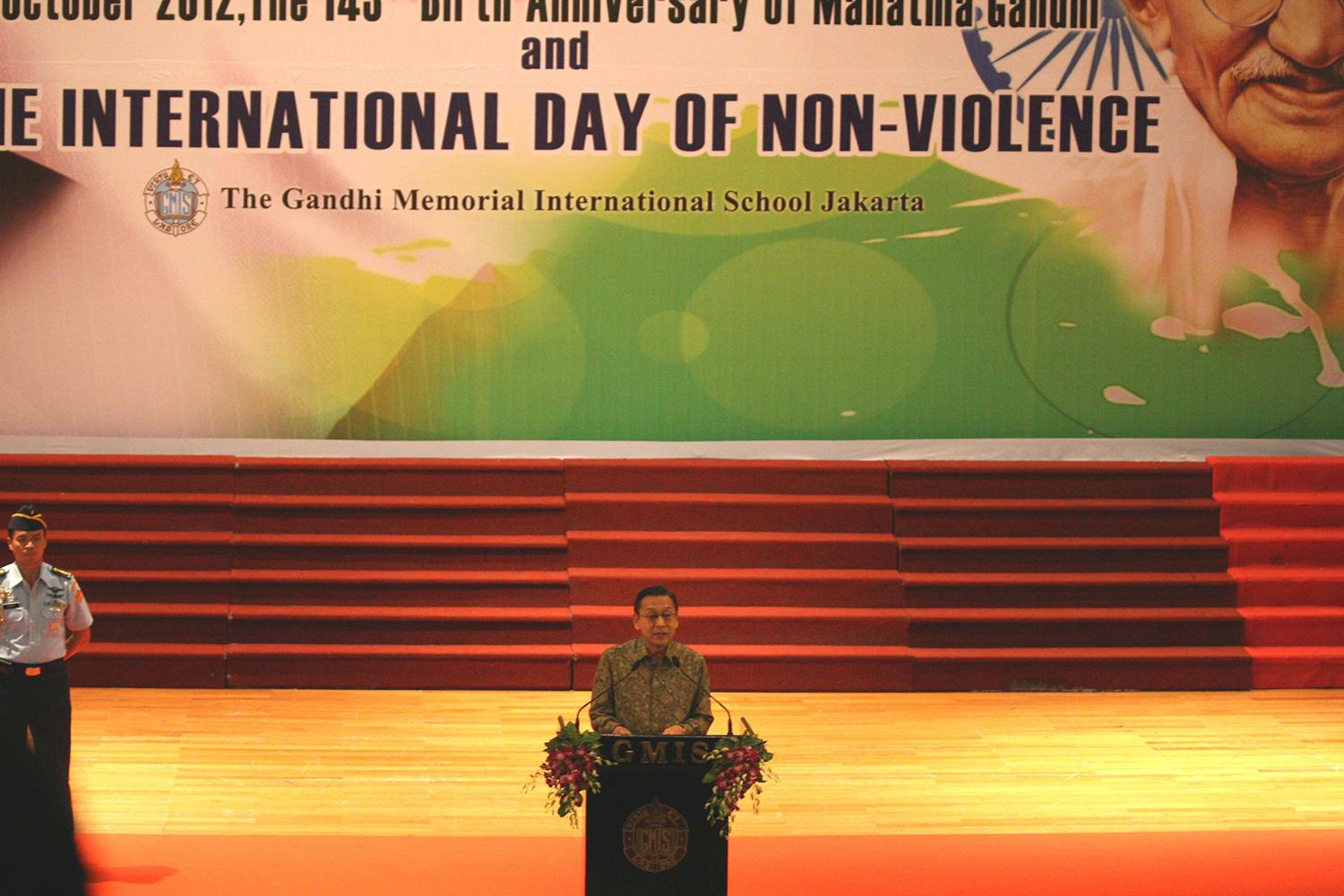 Jakarta: Mahatma Gandhi was “an extraordinary human being, a man whose inspiration, thoughts and beliefs continues to influence us,” Indonesian Vice President Boediono said here Tuesday.

Delivering the 1st Mahatma Gandhi Memorial Lecture to commemorate the 143rd birth anniversary of Mahatma Gandhi, Boediono said today we are living in a world amidst intolerance and it is easy to be cynical and lose faith in humanity. Fortunately, we have Gandhi and his values to guide us, he added.

The vice president mentioned that three forms of depravity exist: greed, passion for violence and intolerance. To overcome these depravities, Gandhi’s teachings have become all the more relevant.

The vice president mentioned that Indonesia and India share similar diversity in language, religion and culture and the virtue of tolerance preached by Gandhi has helped both countries to maintain unity in diversity. 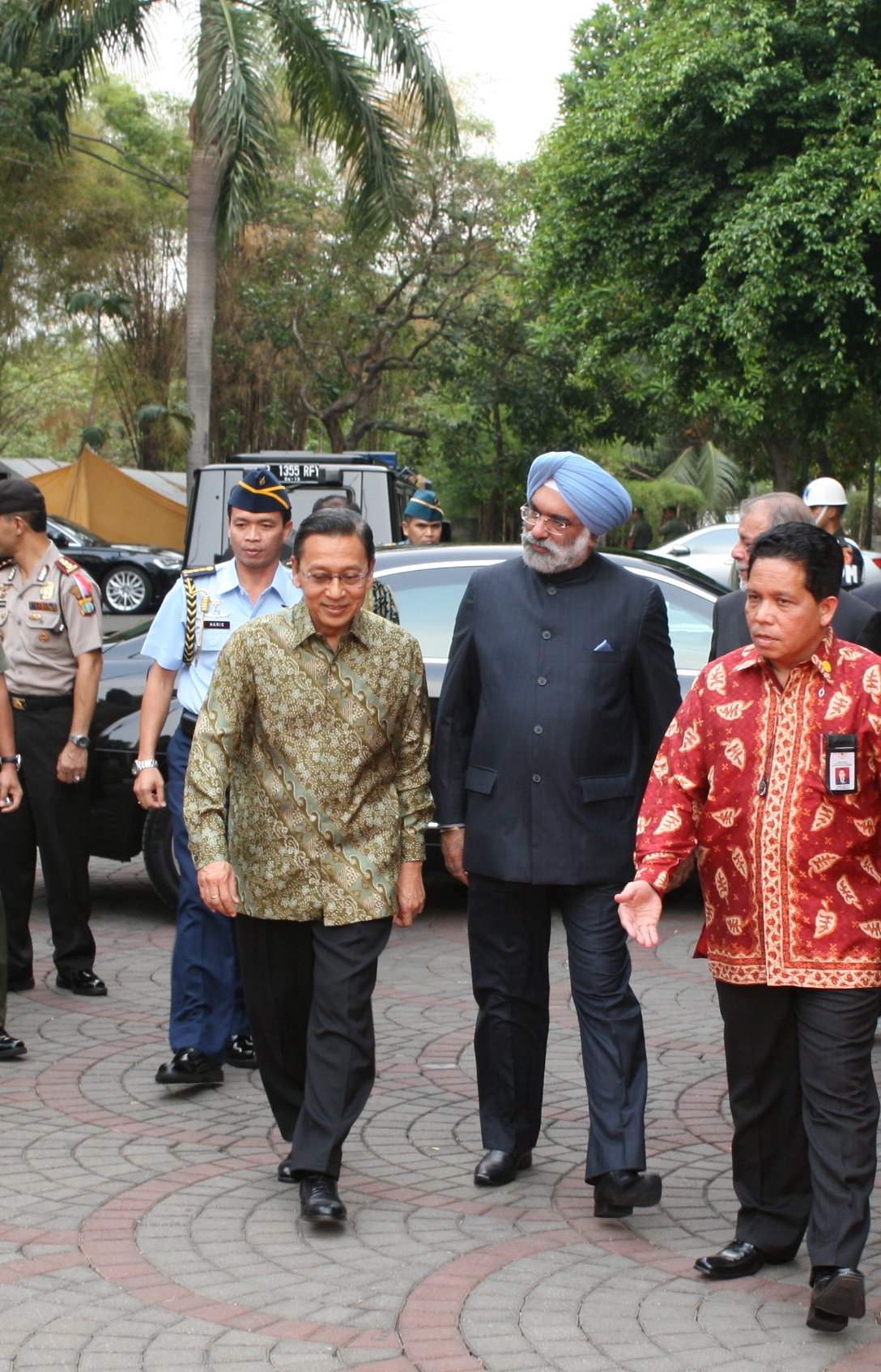 On arrival, the vice president was warmly received by Ambassador Gurjit Singh; Suresh Vaswani, chairman of the Gandhi Memorial International School; Shyam R Jethnani, president of the Gandhi Seva Loka and to the accompaniment of enthusiastic cheering from children of Gandhi School.

About 1,000 people from all walks of life, including members of parliament, senior bureaucrats, ambassadors, think tanks, academia, charitable organizations and the like, attended the event . A rare collection of photographs encapsulating Gandhiji’s life was also displayed.

The programme opened with a rendition of some hymns of Mahatma Gandhi – “Raghupati Raghav Raja Ram” and “Vasinava Jan” – sung by students of the Gandhi School to an appreciative audience.

The ambassador also spoke about Gandhiji’s legacy, his formative years and his struggle in Africa.

Earlier, the Gandhi Seva Loka and Gandhi School handed over cheques amounting to Rp 264 million to 12 charitable organizations in Indonesia.

There were in response to the embassy’s initiative to mark Gandhi Jayanti and the International Day of Non-Violence in a significant manner.