Washington: Swapna Shah, who died here aged 66, was the fourth generation of a family that provided educational services to the blind in the US and India for over a 100 years.

Swapna, in the first 19 years of her life, lived on the campus of one of the first schools for the blind in Asia, which had been founded by her great-grandfather, L.B. Shah, her brother, Amit Shah, said. 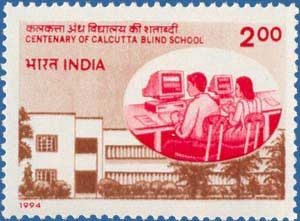 The Calcutta Blind School, founded in 1897 in Lower Circular Road, Kolkata, with four blind students, later moved to Behala, on the outskirts of the city where Lal Behari Shah had bought land and deeded it to a trust for the new school.

Swapna’s distinguished over 40 years of professional life included working as a teacher for emotionally disturbed and multi-handicapped groups at the New York Institute in the Bronx, New York and resource teacher for the visually impaired, Dept. of Special Ed, Westport, CT.

Lal Behari Shah, a printer by trade, became blind when he was in his forties and created the Bengali Braille script known as Shah-Braille. The various Braille scripts for Indian languages were codified into a centralized and uniform code, the Indian Braille Code, in 1941. Lal Behari Shah’s son, Arun Kumar Shah, was on the committee that approved the Indian Braille Code. 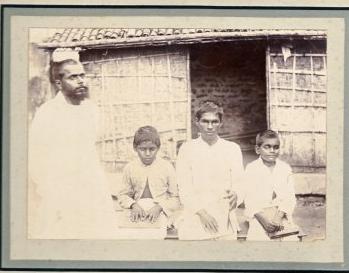 Swapna’s father, Amal, was the principal of the school from 1949 to 1968 and like him she was dedicated to a life of educational service, especially for the blind.

Amal Shah gave the Calcutta Blind School an international focus for the education of the blind, especially the rural poor, in post-Independent India. He was awarded the Padma Shri in 1961.

In 1997, on the centenary year of the Calcutta Blind School’s founding, the Indian government issued a commemorative stamp in its honor.

Swapna died Sep 20. She leaves behind her husband, John Sturdivant, whom she married in 2010. Her previous husband, Bill Caldwell, passed away in 2007. Her extended family includes her stepson Brennan Caldwell, her grandchildren, and her nephews, Arnav and Simon, the sons of her only brother, Amit.