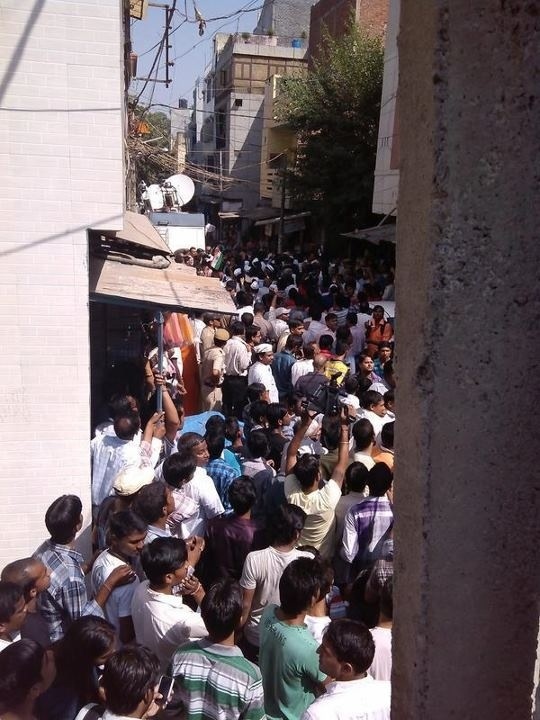 New Delhi: India Against Corruption Saturday launched a ‘bijli-paani satyagraha’ to protest against alleged inflated power and water bills by restoring a household’s power connection that had been cut for the non-payment of a bill that ran into thousands of rupees.

Arvind Kejriwal, along with his team members, went to a labourer’s house in south Delhi’s Tigri colony and restored his disconnected power connection, the last month bill of which was Rs.15,000. He said Delhi will show the way in this “civil disobedience movement”.

Reacting to Kejriwal’s act, Delhi Power Minister Haroon Yusuf said a first information report should be lodged against him.

“Kejriwal is misleading people by his acts and FIR should be lodged against him,” said Yusuf.

Launching, what he termed the ‘bijli-paani satyagraha’ in Delhi for the provision of water and electricity at a fair price, Kejriwal appealed to the people to stop paying electricity and water bills till the Delhi government withdrew tariff hikes.

“Everyone will have to be fearless. We have to rise, unite and fight against corruption. There is no opposition left in the country. The people are the opposition. I am here to spread awareness,” he said.

“We got the electricity connection of the poor labourer today (Saturday). Everyone has to take charge now. If they disconnect electricity, let us all connect it. The MPs, ex-MPs owe huge amounts to electricity companies. Still, their connections are not disconnected. Poor people are being terrorised. We shall fight,” he said.

He said that he will personally go and restore the power connection of households.”I will take the punishment. We are ready to go to jail for this. Let’s not accept corruption and injustice,” he said.

“The Delhi government must roll back the hike before Nov 3 or we will protest again Nov 4 and gherao (chief minister) Sheila Dikshit’s house. We challenge them to try to cut the electricity of anyone in Delhi,” Kejriwal said.

Kejriwal, who launched his political party Tuesday, alleged that Congress chief Sonia Gandhi’s son-in-law Robert Vadra had bought property in Gurgaon and other places at rates far below market rates and sold them at huge profits.