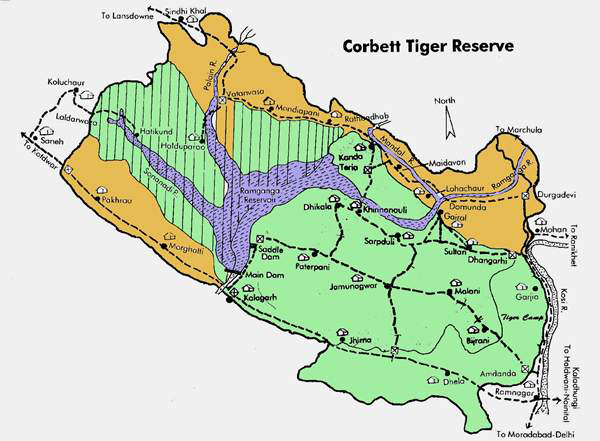 Dehra Dun: The man-human conflict, particularly of elephants with human in habitats of the Corbett National Park and Rajaji Sanctuary has reached a piquant situation, where the villagers are being advised to grow crops of which they have no knowledge, and authorities telling them to diversify are complete at their wits end about their marketing.

Utterly frustrated at their standing crops being destroyed year after year by the pachyderms, the residents of the villages in the peripheries of the Rajaji Sanctuary and Corbett National Park have been approaching the state forest department and the wildlife authorities, to provide them some safety from the marauding elephants, but to no avail.

The forest department did dig up trenches in the hope that they would help in preventing the pachyderms from crossing into the agricultural fields in the villages, but it has not worked. There after wire fencing with mild electricity current, in phases, was adopted, but that too has not been of much help. 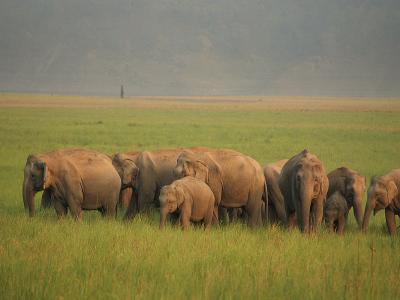 An official of the forest department, on conditions of anonymity said that the man-pachyderm conflict in the region was only set to grow worse as elephant herds not finding fodder in the forests were turning to the fields in search of food. As villagers try to protect their crops, they get violent on the pachyderms, which also then resort to violence, causing damage to houses.

He said that a full grown elephant on an average requires about 150 kg of fodder every day and the small forest pockets in which the herds are now confined cannot sustain the numbers forcing them to the fields. There are about 1250 to 1350 elephants in the Rajaji Sanctuary and Corbett National Park and adjoining forest divisions, down from the about 1600, about a decade back.

The official said that earlier the elephant herds moved from the forests in Kumaon to Paonta Sahib in Himachal Pradesh, which gave the forests to rejuvenate as the herds took to their migration. “But now they are confined to small pockets and cannot migrate as the corridors used for migration have been usurped by man.

“The development plans made in the past, whether for laying roads, irrigation canals or even railway tracks, did not care a fig for the migration corridors of the wild animals, as they were considered the least important, because of which almost all the corridors of migration have been taken over by man forcing the elephants to live in small pockets of forests which cannot sustain them”, he added.

He said that unless there is an emergent plant taken up to create the corridors by recreating green infrastructure along the old destroyed corridors, the migration of elephant herds will not restart and if they continue to remain ins such small pockets and plundering agricultural fields for food, they will be killed randomly by the villagers. “We have lost our tigers, we stand to lose our elephants”, he felt.