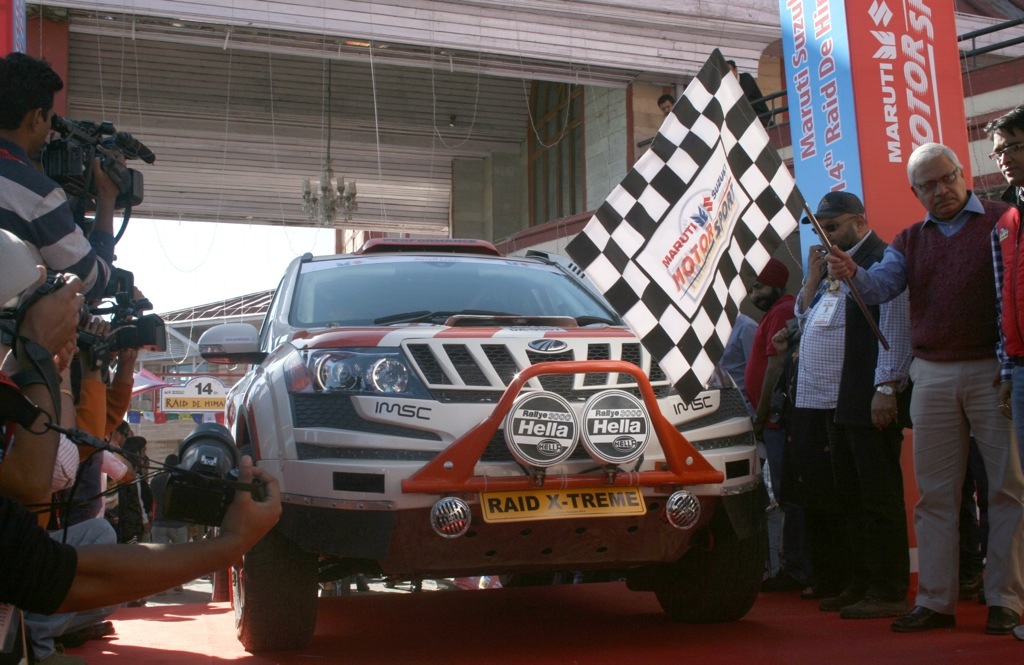 Shimla: A fatal accident that hit the Summer Moghul Rally in Kashmir, earlier in the year, has the organizer tighten safety measures to hold the 14th grueling Raid in rugged Himalayan terrain while setting eyes to be a contender for hosting an international cross country motorsport event by 2014.

“With safety being the prime concern,” says Manjeev Bhalla, vice president of the organizing Himalayan Motorsport club, “the Raid de Himalaya route this year is the shortest one of the 14 editions that the event has been held.” 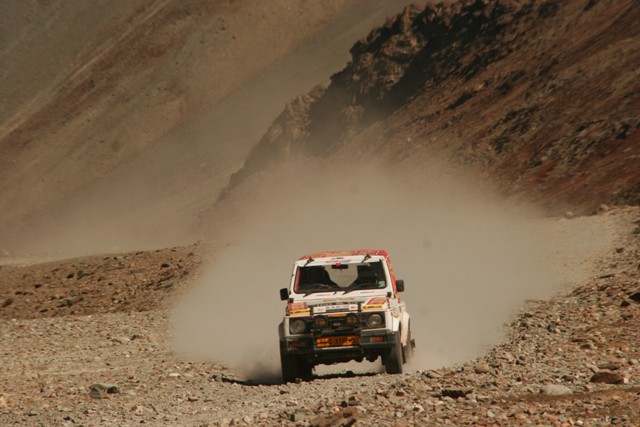 At flag off today, 144 rallyiss, which included 34 motorcycles, set out to test the best man suited to the best vehicle on over 600 Kms of competitive sections and 1200 Kms of transport drives.

“The route has been cut out in such a manner that all vehicles report at the night halt places well before daylight ends so that any rescue, if one needs to be carried out, can be done so with a helicopter on standby,” said Bhalla.

The safety cushion around the moving event has been tightened to meet international standards, said Bhalla, a veteran of Rallys and been part of organizing all 14 Raid editions.

“We are targeting to be counted as a FIA contender for the 2014 Raid, so that India’s longest off road running motorsport event can be elevated to an international motorsport event, he added. 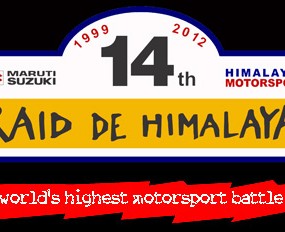 Usual suspects, seven time winner Suresh Rana – the racer from Kullu valley, Major AS Barar, Karan Jung, Chandigarh rallyist Sunny Sidhu will all be back in action again this season for the lure of the Raid gets addictive and age is not a bar for the six days of action before the sport culminates in Leh.

Austrian rider Helmut Frauwallner by winning in motorcycle race last year became the first foreigner to win at the Raid.

Not just the boys, there are 6 women teams, which include two foreign entrants out competing in the Himalayan rally.

Starting early on Sunday morning, the first leg ends at Manali. For the second leg the Raid heads into Chandra valley, passes over the Kunzam La pass to spend the night in the crowded starlit township of Kaza at over 10,000 feet altitude.

Day three is a loop around Spiti valley that comes back to Kaza for the night. Leg four retraces the route along Chandra valley from Kaza and heads into Lahaul valley passing Keylong, Pang army camp, Patseo and rests at Sarchu in tent accommodation under freezing night temperatures.

Day five the Raid explores new found routes before heading to close the day at Leh. The last day the Rallyists head out from Leh and passing over Wrang La get back to Leh through another route that passes over Khardung La pass, the organizers disclosed.

Counted among the toughest rally in its class, the Raid de Himalaya is the only one is Asia that Federation Internationale Motorcyclisme (FIM), Switzerland qualifies on its yearly calendar as a world class off-road rally.

Other than the Raid, Himalayan Motorsport Association also conducts the Moghul Rally held each year in Kashmir valley.