Mumbai: India’s only dedicated international digital film festival will now be held in both Mumbai and Delhi.

In addition to adding Mumbai as a market, the festival organisers also announced the opening of entries for all categories for the 2013 edition of 0110 International Digital Film Festival (0110 IDFF).

The competition would be under four categories: student films, fiction, documentary and digital art and animation, a statement said. 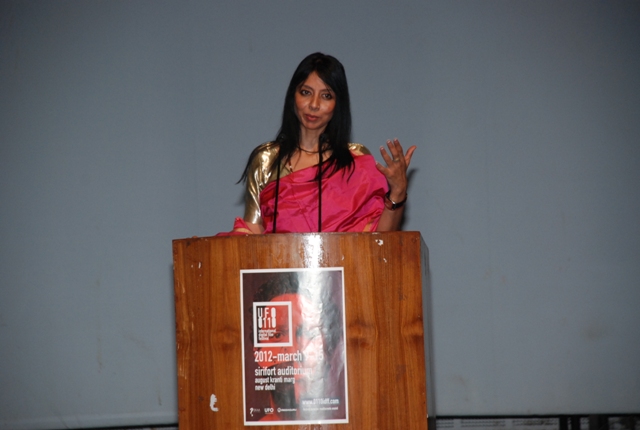 The festival will only accept films shot in the digital format as it supports and helms the new age of filmmaking that 0110 IDFF stands for, it added.

Festival director Madhureeta Anand said: “0110 DIFF has been a great success in its earlier editions. Last year, we had quality participation from over 60 countries.

“This time around we are aiming at being even bigger and better and have taken the festival to Mumbai as well.

“Along with encouraging contemporary filmmaking and modernization of the creative process, we are keenly looking at involving the audiences more activity in the festival,” she added.

There will also be a “Bring Your Own Film” corner, a platform where anyone can present their film if they manage to raise a crowd of above 30 people.

Over the years, the festival has served as a platform for young amateur and professional filmmakers to showcase their talent among a crowd of film enthusiasts as well as an eminent film jury.