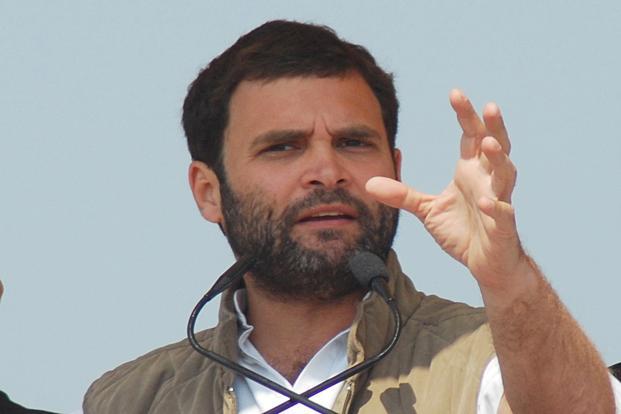 Srinagar: “I want to reiterate that my family also comes from Kashmir and I am also a Kashmiri. As Dr. Farooq Abdullah has said, his father and my grandfather joined hands for Kashmir. I am here to join hands with Omar Abdullah and the people of Kashmir,” Congress General Secretary Rahul Gandhi said on Thursday while addressing a large gathering of people at Sonamarg.

Gandhi said that it was his desire to forge a relationship with the people of Kashmir, to understand their pain and suffering and help mitigate the problems of the region.

“The Z-Morh tunnel would be the first step to connect the Ladakh region with the valley round the year. It is a milestone of progress and I want the youth of the state to quickly join the process of progress and development,” he said.

He also said, “I had come to the state last year and I am here today. In the coming days, I will try to come here more often.”

Welcoming Rahul Gandhi at the foundation laying ceremony of the 6.5-km-long Z-Morh tunnel, Union Minister for Renewable Energy and former Chief Minister of the state Farooq Abdullah said, “My father and Rahul’s grandfather (Pandit Nehru) joined hands to make Kashmir the crown and glory of India. That dream is being slowly fulfilled.”

“We are Indians and will continue to remain so for ever. We have lost precious human lives, but will not break the relationship. I hope we will together make a prosperous India,” the former Chief Minister said.

Expressing hope for the future, Farooq Abdullah said, “I might not be there, but Rahul’s children and Omar’s children will definitely see that dream fulfilled.”

He said that there would always be those who were enemies of peace and progress, but obstacles would need to be met with strength and fortitude.

Chief Minister Omar Abdullah welcomed Rahul Gandhi, telling the audience that Rahul Gandhi was a personal friend and a friend of the people of Jammu and Kashmir.

“While we are facing the problem of militancy, we are also facing a political problem. The political problem can only be resolved through a process of dialogue. With dialogue and reconciliation, the dream that Rahul and I have inherited will be fulfilled,” the Chief Minister said.

Later, Road Transport and Highways minister C.P. Joshi, who also holds additional charge for railways, laid the foundation of the first phase of Zojilla tunnel which comprises the 6.5-km long Z-Morh tunnel that shall provide all-weather, year-round road connectivity between Sonamarg and the rest of the state.

Rahul Gandhi arrived in Leh town of the Ladakh region on Thursday morning, and addressed a huge gathering at a public meeting at the Polo Grounds.

He said he was happy to observe the festive spirit of the crowds, and recalled that his last visit in 2010 was shortly after the flash floods and landslide of August that year, when there was mourning all round.

“I came here after the cloudburst tragedy, when there was mourning all around. Today I am happy to see a festive mood here,” Mr Rahul said at the public meeting, assuring the people of the region all help from the UPA government.