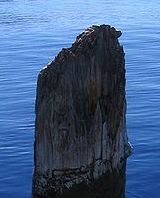 Beijing: An 84-year-old man in China’s Chengdu city has a new secret pastime. He has started posing as a nude model for art students at local universities.

The man, who uses a pseudonym “Li Jun”, lives alone and says he does not have many friends, the Global Times reported.

He has been modelling since April, but wants to keep his new pastime a secret from his children.

Li’s wife died 15 years ago, and he lost a son in 2007. He still has three children — two daughters and a son — who come to see him every month.

The man said he loves being around the art students during his modelling sessions, and delights in their youthful energy and light-hearted attitudes.

He, however, rarely talks with the students.

Li is not directly hired by the universities, but rather an agency calls him whenever a school needs models. Payment varies according to the amount of clothing in a session.

He receives 100 yuan ($15) for each sitting in the nude. However, during the summer break, he often sits idle.

Students appreciate Li’s participation in their classes, but teachers said that because he is of advanced age, they do not ask him to make demanding poses.