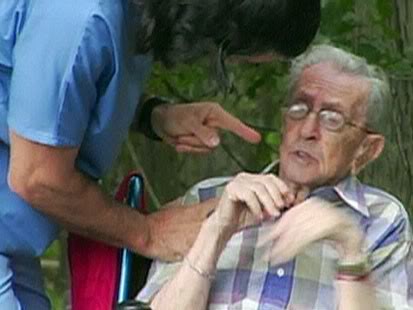 New Delhi: A large percentage of India’s elderly face abuse from their sons, rather than daughters-in-law, with financial dependence being one of the main reasons for neglect and abuse. While the government gives a paltry monthly pension of Rs.200 to those over 60 years in BPL families, social activists are fighting for raising this to Rs.2,000 a month for all the elderly, irrespective of economic background.

A survey conducted by HelpAge India on elder abuse indicates that the elderly suffer abuse silently – mostly at the hands of their sons.

“There is a common belief that only daughters-in-law abuse elders. On the contrary, 56 percent of those surveyed felt it was their sons who abuse them; daughters-in-law scored as low as 23 percent,” says Mathew Cherian, chief executive of HelpAge India.

Over 44 percent of the elderly said disrespect was the most common form of abuse, while 30 percent said it was neglect and 26 percent said verbal abuse was very common.

Only a few of the elderly were willing to accept they faced abuse in some form while others chose to keep mum for the sake of family honour.

“Nearly 33 percent of them are living without their children. Around 22 million widows, fairly a large group, have no form of subsistence. The widow’s pension reaches only about 10 percent of the widows,” said Cherian.

“Overall, the situation of the elderly in the country is very bleak,” he added.

Financial burden is one of the main reasons for the neglect and abuse. Experts say universal old age pension would help the elders in a big way.

While a majority of the elderly know the police helpline numbers and services, they never call up – “for the sake of family honour”.

An activist of Pension Parishad, an initiative to ensure universal pension to all workers in India, told IANS: “Under the Indira Gandhi Old Age Pension Scheme those above 60 get Rs.200 a month and those above 80 get Rs.500 per month as pension.

“This amount is too less and the scheme covers only below-poverty line citizens. Only 18 million of the elderly population benefit from this scheme. We are demanding a programme for pension irrespective of whether a person belongs to below poverty line or above poverty line.”

The activist who did not want to be named said union Rural Development Minister Jairam Ramesh had written to Prime Minister Manmohan Singh saying that the Rs.200 pension amount was “an insult” to the individual since it’s too low an amount.

While the Pension Parishad, of which social activist Aruna Roy is a member, is fighting for reducing the age limit for pensions to 55, Minister Jairam Ramesh is not in agreement. He wants it to remain at 60 years.

According to Cherian, the government should implement universal pension and health insurance. “Only then will the situation of elders who are 60-plus be better,” Cherian said.

The HelpAge report also said that around 62 percent elderly felt that children needed to be sensitised to prevent elder abuse and the inter-generational bonding strengthened. However, 38 percent felt that only economic independence would solve the problem.

The activist added that the government had to increase more health insurance packages which are tailor-made for people who can only afford low premiums.

The report says that Madhya Pradesh tops elder abuse cases with 77.12 percent. This is followed by Assam – 60.55 percent, Uttar Pradesh – 52 percent, Gujarat – 42.97 percent, and the lowest is Rajasthan – 1.6 percent. The national capital, including the National Capital Region (NCR), has 29.82 percent cases.

Of those interviewed in Delhi and NCR, 30 percent admitted to facing abuse. The primary perpetrators of abuse were sons in 60 percent cases, followed by daughters-in-law in 24 percent cases.