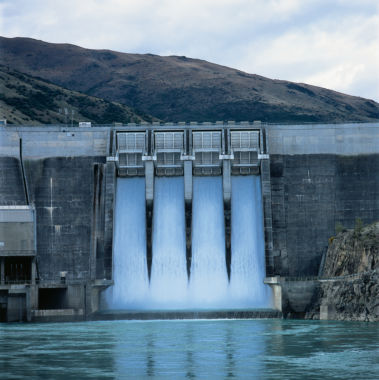 Shimla: Himachal Pradesh CM, Prem Kumar Dhumal today dedicated the 192 MW Hydro Power project commissioned by AD Hydro Power Project Ltd. (ADHPL).  While addressing a gathering, Dhumal revealed that this project will give the HP govt. a royalty of Rs 40 Crore per annum as free Electricity.  He further added that Himachal Pradesh has emerged as “Power House” of India and is producing 9000 MW, which by 2015 is expected to touch up to 15000 MW.

He said that though the nation  was  in dire strait of Power, with approx 1 lakh MW shortage, yet because of the in-ordinate delay in giving the requisite permissions like forest and Environmental, the Industrial Groups were reluctant to start their projects .Moreover, the companies already producing Electricity are finding it difficult to sell the generated Power, he said.

Besides, Ravi Jhunjunwala, Chairman, LNJ Bhilwara Group said that he was delighted to dedicate this plant to the nation.” In the past our parent company MPCL through its Malana power plant at Jari, Kullu has already provided in last 11 years about 530 million KWH by way of free power worth Rs 200 crore to the state, and the company is in process to Start 2 more Hydro Power Projects in Himachal Pradesh, producing a total of more than 400 MW”,said Jhunjhunwala.