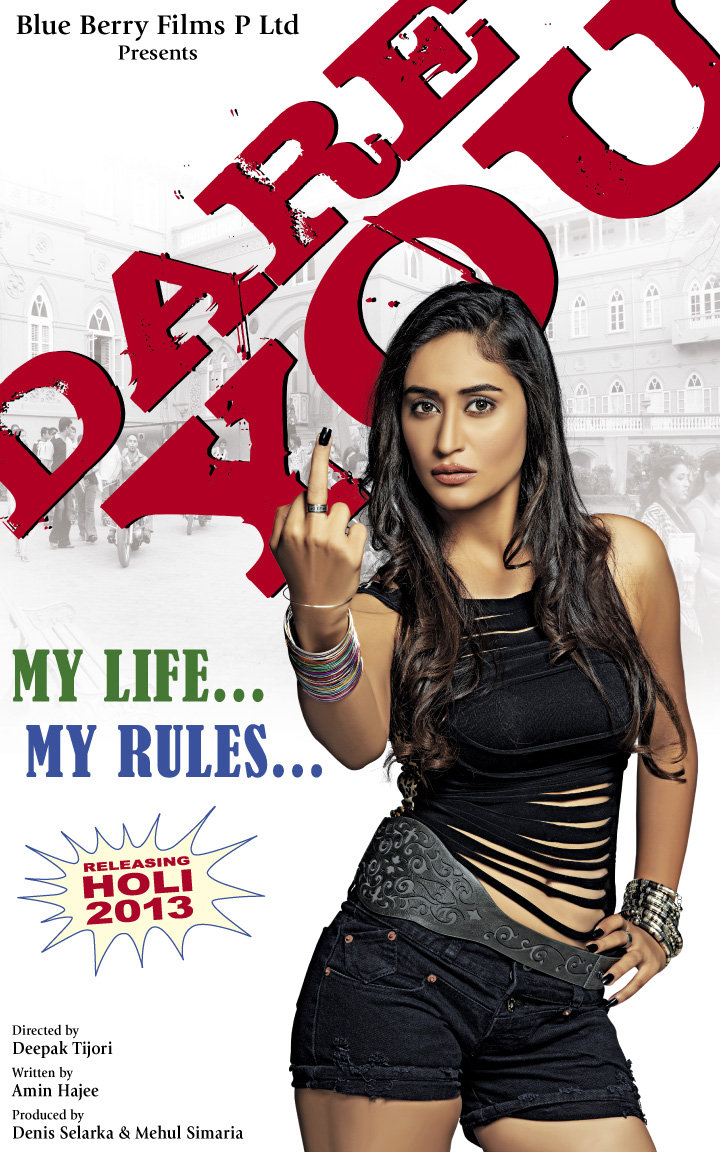 Mumbai: The first poster of Deepak Tijori’s new directorial “Dare You” is daring, with leading lady Alisha showing her middle finger and reinforcing the idea of the film, the current generation’s attitude of “my life, my rules”.

Alisha is a newcomer, and plays the protagonist, Rani Dewan in the movie.

“‘Dare You’ is a journey of a girl who comes from Kashmir for her education in Pune. It’s a revolutionary film that reflects the culture and attitude of youngsters today,” Tijori said here.

“For the first time perhaps in the history of Indian cinema, you will have a heroine showing her middle finger in the poster,” added Tijori, who has earlier directed films including “Oops”, “Fareb” and “Fox”.

A confident Alisha defends her pose, and says the censor board shouldn’t have a problem with their movie.

“When films like ‘The Dirty Picture’ and ‘Delhi Belly’ can be released by the censor board and can be accepted by the audience, then why not ‘Dare You’,” she said.

“As far as the poster is concerned, this is the attitude of the girl in the film. Once you see the promos of the film, you will realise that why this action was needed. I am very excited and happy to be part of this film,” added Alisha, who was shortlisted for the role, after auditions of over 800 girls.

“Dare You” is produced under the banner of Blue Berry Films, and will release in 2013.