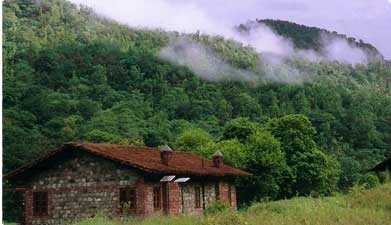 Dehra Dun : How can the Haridwar district authorities in Uttarakhand be so naïve as to be unaware of the laws and rules governing the wildlife parks and sanctuaries in the country to allow mining in the garb of leveling an agricultural field, in the river beds inside the Rajaji Sanctuary is a question that everyone here seems to be asking.

According to information gathered, the Supreme Court has clear cut directives in the matter. It states that no activity other than forestry, including mining will be allowed within a limit of one km from the boundary of a wildlife park or sanctuary in the country.

As per the orders of the union minister of environment and forestry, no non-forest related activity can be undertaken within a periphery of five kms from the boundary of the Rajaji Sanctuary. This includes mining and even picking up minerals from the river beds within this area.

As per the mining laws of the Uttarakhand government, no mining permission can be given within 100 metres of a reserved forest area and the Rajaji Sanctuary falls under the reserved forest category.

The Indian Wildlife Act states that no mining activity can be done in the immediate vicinity of any park or sanctuary in the country.

But it is surprising that despite these various laws preventing mining or undertaking any non-forestry work close to or inside a Park or sanctuary area, the district magistrate Haridwar, unwittingly gave permission for leveling an agricultural plot, which actually happens to be a river bed inside the Rajaji Sanctuary area and despite the fact that the matter has now become public the uttarakhand government is not taking cognizance of the issue.

Meanwhile residents of the villages in the immediate vicinity said that they had been bringing the notice of the illegal mining being done in the river bed to the knowledge of the concerned authorities, but no one took heed of it, following which they hired a video cameraman to put the illegal activity on record.

Now that the issue has been made public, the Chief Wildlife warden, S K Dutta has gone on record to state that permission to allow mining on the border of Rajaji Sanctuary was given in violation of various rules and the matter will be looked into. “The district magistrate will also be asked to give his version and after receiving the final report further action will be taken, as the matter is serious in nature”, he claimed.