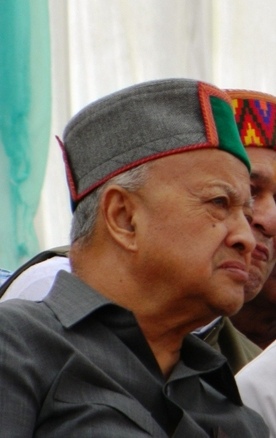 Shimla: In a boost to the opposition Congress campaign before the assembly polls in Himachal Pradesh, a trial court here Saturday refused to cancel the bail granted to former union minister Virbhadra Singh in a 23-year-old corruption case.

Rejecting the prosecution’s plea to cancel his bail, the order of Special Judge B.L. Soni at the district courts here has come as a shot in the arm for Virbhadra Singh, who is claiming that he will come out clean.

Five-time chief minister Virbhadra Singh has been spearheading the Congress’s campaign ahead of the assembly polls, slated to be held in November.

The court reserved its order Sep 12. After postponing the order thrice Saturday, Soni announced it in the evening.

Special Public Prosecutor Jiwan Lal Sharma had pleaded for cancelling the former chief minister’s bail on the ground that the investigating agency has sufficient incriminating material that he has been influencing witnesses.

However, the defence argued that the prosecution evidence lacked legal standing and it was deliberately delaying the proceedings.

The defence asked the court to examine those witnesses first who the prosecution said were being pressurised.

Earlier in the case, Virbhadra Singh appeared in the court Sep 7 and pleaded innocence and demanded a speedy trial.

The case against the senior Congress leader, who took over as the Himachal Pradesh Congress Committee chief last month, and his wife was registered in 2009 for alleged misuse of official position and criminal misconduct when he was the chief minister in 1989.
Virbhadra Singh resigned as the union minister for micro, small and medium enterprises the day after charges were framed against him and his wife Pratibha Singh, a former MP, June 25 this year.