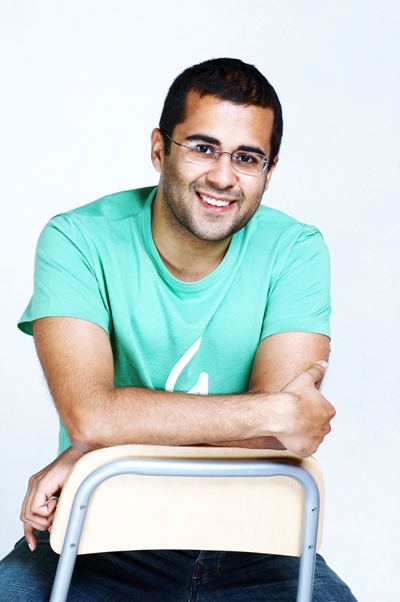 “They want a good life and a great girlfriend. If your cause will help them get a good life, then they are with you. That is what young India wants. The social causes must be linked to this ambition,” Bhagat told IANS.

The author of best-sellers like “Five Point Someone”, “One [email protected] Call Centre”, “Two States” and “Revolution 20:20”, Bhagat has has put together his newspaper articles on the changing India into a volume of non-fiction, “What Young India Wants: Selected Essays and Columns (Rupa & Co)”.

The chapters look at an assortment of issues in society, politics, economy and the youth. Two short stories at the end of the book are the fictional elements making for an interesting mix of facts and fiction.

Bhagat has strong views about the country’s economy. He pleads that “if India is an agricultural country, shouldn’t we have carried out some massive infrastructure projects across the country”.

Bhagat substiantes his claim with an example. “Over two-third’s of our agricultural land is dependent on rain. In contrast, only one-third of China’s land is not irrigated. Developed countries depend very little on rain… Let’s face it, the Indian farmer is not cared for,” Bhagat says.

The writer, who was an ivestment banker earlier, said “the approximately 6-8 percent growth in GDP does not talk much about the country’s economic propress”.

“New job creation has dropped significantly. We have reached a point again where new graduates who are out of college cannot get jobs. Inflation is the result of the poorly-managed economy,” Bhagat said.

There was no one in the government to take decisions, Bhagat said. “It is the result of the divided people that we are. The more divided we are, the more the coalition politics exists. People are more interested in their own communities than the country,” Bhagat said.

The writer observed that “India has a warped sense of diversity”.

Too many people are making decisions and therefore “there can’t be any consensus”, he said. “The government’s own allies won’t let important decisions being taken.”

The writer forecast that in the 2014 election, “corruption will be an issue”. “They (the anti-corruption lobby) have injected that factor,” he said.

Bhagat, who now lives in Mumbai, is also deeply involved with mainstream cinema with two of his new books being adapted into Bollywood movies.

“The 3 Mistakes of My Life” has been made into “Kai Po Che” by Abhisekh Kapoor of “Rock On” fame. “It is a Gujarati word. When the kite is cut in the kite festival Kai Po Che is the cry of the warrior. The movie will be released in January 2013,” he said.

“Two States” will go to the floors in November, Bhagat said.