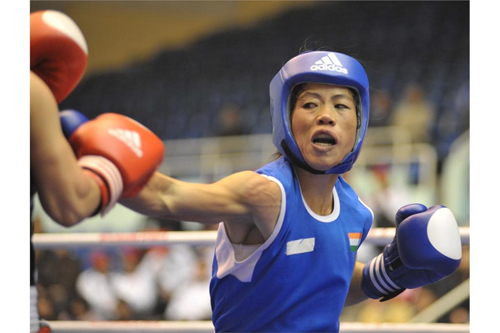 London: India recorded their highest medal haul at the Olympic Games, with five-time women’s world champion boxer M.C. Mary Kom ensuring a fourth metal for the country at the Games by romping into the semi-final in style here Monday. 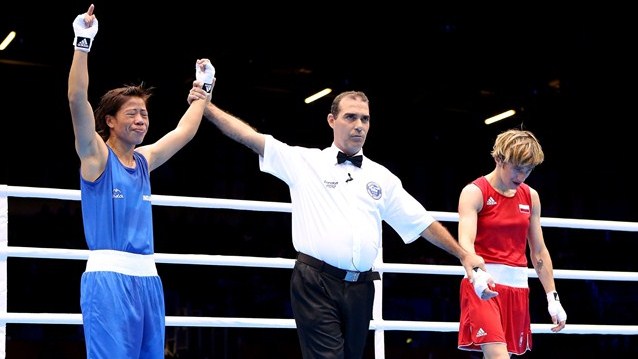 The 29-year-old Manipuri, a mother of twins, thrashed her Tunisian rival Maroua Rahali 15-6 in a one-sided quarter-final at the ExCel Arena. 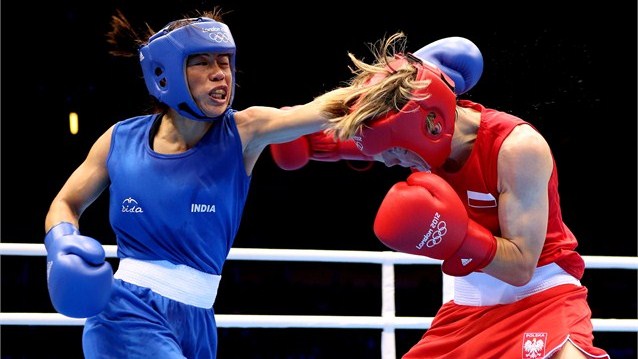 With Mary Kom’s exploits, India has surpassed its previous best of three medals (one gold and two bronze) at the Beijing Games four years ago.

Pistol shooter Vijay Kumar has bagged a silver, and rifleman Gagan Narang and women’s shuttler Saina Nehwal a bronze apiece from the Games so far.

In track and field, male discus thrower Vikas Gowda, considered the country’s best bet for a medal from the discipline, qualified for the final by hurling the metallic disc to a distance of 65.20 metres in his second attempt to make the cut. The US-based Indian has a best throw of 66.28m. 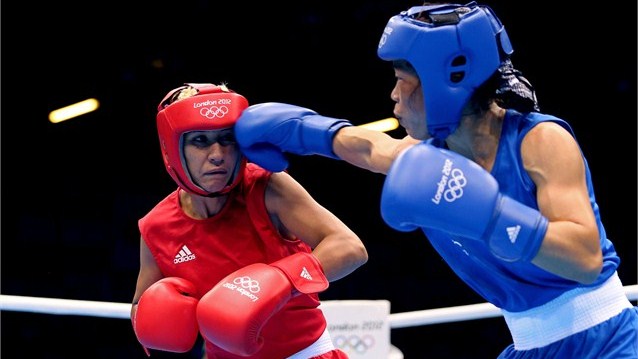 Mary Kom is assured of a bronze even if she loses in the semi-final against Nicola Adams of Britain. Both losing semi-finalists are awarded bronze in the competition.

Fighting a calculated bout, the Indian opened up a marginal 2-1 lead in the opening round where she sized up her opponent before going for the kill in the subsequent rounds.

She was ahead 3-2 in the second, before letting loose a flurry of punches to win the third round 6-1 and completed the formalities with a 4-2 scoreline in the fourth and ultimate round.

Mary Kom’s success, which made her the third Indian woman after weightlifter Karnam Malleswari at the 2000 Sydney Olympics and Saina here to ensure a podium finish, triggered celebrations across the nation and especially in her home state Manipur. 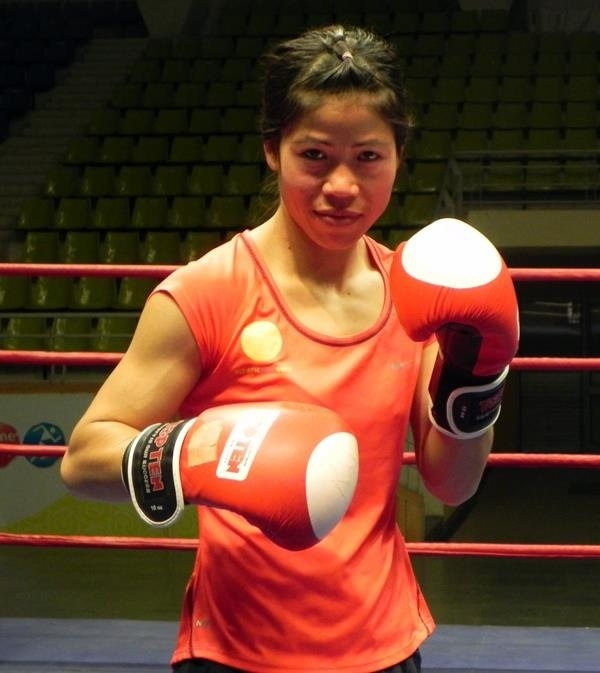 Mary Kom herself was jubilant though she has her eyes fixed on the Olympic gold.

“It feels great to win an Olympic medal for the country. But I want to carry on the momentum or a bigger medal,” she said.

Asked about her chances in the semis against home favourite Adams, Mary Kom said: “She is a good boxer. I lost to her in the World Championship quarter-final by just two points. Boxing is a very tough sport and winning or losing is a part of the game. But I will give my best.”

It was also curtains on India’s shooting campaign at the Olympics with rifle shooters Narang and Sanjeev Rajput and trap exponent Manavjit Singh Sandhu failing to qualify for the final rounds of their respective events here at the Royal Artillery Barracks.

Narang, who won the bronze in men’s 10-metre air rifle, and Rajput finished 20th and 26th, respectively, in the 50m three-position event.

For Sandhu, a former World Champion, it was disappointment again for the third time as he finished 16th in the qualifiers and missed the final cut.

Meanwhile, Sandhu got a total score of 119. His best performance came in the fourth round where he had a perfect score of 25. However, it was a little late as he scored a low 22 in the previous round.

Going into the second day of qualification, Sandhu had slim chances of qualifying as he was 25th in a field of 34 on the first day.

But it has been a highly successful campaign for Indian shooters.

Besides Narang and Kumar, another rifle shooter, Joydeep Karmakar finished fourth and missed the bronze only by a whisker.