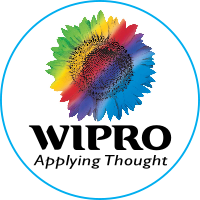 Kolkata: Wipro Technologies will expand its campus in Kolkata; Chairman Azim Premji said Monday but refused to comment on the company’s proposed special economic zone (SEZ) project in the city.

“We will carry out expansion on our existing project,” Premji, who was here for an interaction with industry captains, told reporters without giving further details.

The project, a SEZ, is in the satellite township of Salt Lake and employs 7,500 people.

During the previous Left Front rule, Wipro had bought 50 acres to set up its second campus at New Town, Rajarhat, in the north eastern fringes of the city as a SEZ. But the Mamata Banerjee-led government’s opposition to SEZs has put a question mark on its future.

Last December, Premji had met Banerjee and indicated that Wipro would invest Rs.700-800 crore in its second campus, providing employment to 15,000 people.

Another project by Infosys too has run into trouble after being denied SEZ status by the state government.

There are now four IT SEZs in the state – Wipro, Unitech, DLF and Bantala IT SEZ