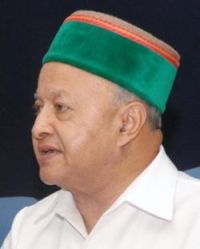 Shimla: Former union minister Virbhadra Singh, who took over as the Himachal Pradesh Congress Committee chief here Wednesday, said he was ready to stand trial in a corruption case that was slapped on him with political motives.

He said he would withdraw all his pleas related to the case filed in the Himachal Pradesh High Court and seek a speedy trial in the lower court in Shimla.

“I am ready to face trial before the special judge (who in June framed charges of corruption against him),” he told reporters.

The trial court in its last order adjourned the case sine die till a decision on the former chief minister’s petition in the high court.

His plea in the high court sought either the transfer of the corruption case probe to the Central Bureau of Investigation (CBI) or the quashing of a police complaint against him and his wife.

“I have instructed my lawyers to withdraw the pleas from the high court. I am ready to face the trial in the lower court and will not wait for any relief from elsewhere. I will be making a request to the trial court to summon the witnesses for an expeditious trial,” the five-time chief minister said.

He alleged that the 23-year-old corruption case was slapped on him by Chief Minister Prem Kumar Dhumal with political motives.

The 78-year-old resigned as the union minister for micro, small and medium enterprises June 26 after the Shimla court’s order against him.