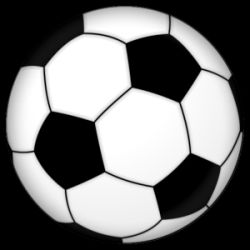 Panaji: Benefica, one of the top football clubs in Portugal, could soon challenge footballers in Goa to a match, according to organisers of an Indo-Portuguese cultural exchange.

Organisers of the Semana da Cultura Indo Portuguesa have said an exchange programme for footballers in both Portugal and Goa was also on the cards.

“We are getting Benefica, one of the top football clubs in Portugal, to play with the Goa team. The details are being worked out,” Jose Elmano Coelho Pereira, deputy chairperson of the executive organising committee, told on the sidelines of a function hosted by the Semana da Cultura Indo Portuguesa celebrations in Panaji.

Benefica, an avante garde Portuguese football team, is a regular participant in the UEFA Champions League.

Pereira also said that promising footballers from Goa would also be taken to Portugal where they would be trained by experienced professionals to make them “top level players”.

“It will be very beneficial to our players,” Pereira said.

The fourth edition of the week-long Semana da Cultura Indo Portuguesa, which will be held in Lisbon, will also showcase Goa’s art, music, cuisine and cinema.

The embassies of Portugal and India will be part of the organising apparatus.

“A contingent of artists including Goa’s much loved Sonia Shirsat and Pravin Gaonkar, folk artist Kanta Gaude and his dance troupe, film director Rajendra Talak and others will be travelling to Portugal to showcase Goa’s rich culture,” said Anil Counto, one of the organisers.

“India and Portugal, both regions are steeped in rich heritage and culture. Semana Da Cultura Indo-Portuguesa celebrates the diverse cultures, languages, architecture, art, literature, music and other elements. Goa has assimilated the essence of both regions where people coexist in harmony and joy,” he said.

“Throughout the event, we hope to offer a diversified presentation of some of the most innovative and contemporary art forms and creators, each of which are rooted in traditional culture,” said Portuguese consul general in Goa, Antonio Sabido Costa, who is also one of the organisers.

The organisers also said the festival would give an opportunity to Goan entrepreneurs to partner on ventures with their Portuguese counterparts, and also to find in Portugal avenues for investment in other Portuguese-speaking countries like Brazil, Angola and Mozambique.