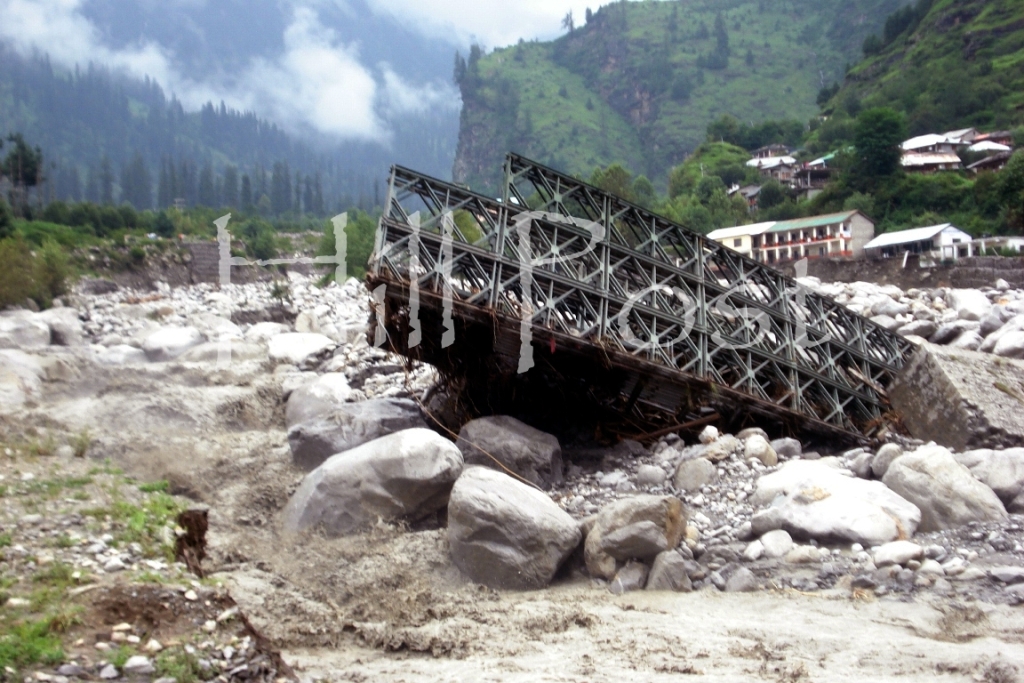 Shimla:  At least 26 people have died in heavy rains and cloudbursts in Himachal Pradesh triggered by the southwest monsoon, which reached the state July 5, Revenue Minister Gulab Singh said Thursday.

“Heavy rains and cloudbursts in various parts of the state claimed 26 lives during this monsoon,” he told the state assembly in a written reply.

The minister added that 1,892 houses have been damaged after the onset of monsoon over the state.

“The loss to public and private property in the state in terms of money has been estimated at Rs.896.02 crore.”

Of the total loss, Rs.300 crore was estimated loss to horticulture and agriculture crops and Rs.280 crore to infrastructure like roads and bridges.

“The government has released Rs.84.40 crore from the calamity relief fund, while additional funds to the tune of Rs.50 crore is planned be released soon,” he added.

Till Aug 29, there was a 19 percent deficit in monsoonal rains in Himachal Pradesh.

“The state received 533 mm of rain against the normal average of 655 mm till Aug 29,” Manmohan Singh, director of the meteorological office said today.

He, however, added that except for Lahaul and Spiti, Kinnaur and Chamba districts, all other nine districts in the state have received normal rainfall.