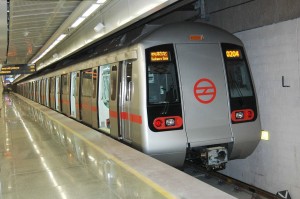 New Delhi: The six metro stations which were ordered to be shut Sunday in view of protests outside the prime minister’s residence, will remain open, a metro official said.

A Delhi Metro Rail Corporation official said the stations were open to commuters, since the Delhi Police had revised their advisory.

“The Central Secretariat, Udyog Bhawan, Patel Chowk, Race Course, Jor Bagh and Khan Market stations falling near and around the residences of the prime minister and BJP President Nitin Gadkari are now running normally as of now, as per the Delhi Police’ directions,” a Delhi Metro official said.

The six stations was supposed to stay closed from 8 a.m. to 6 p.m. Sunday as a precautionary measure after activist Arvind Kejriwal called for a protest outside the residences of Prime Minister Manmohan Singh and BJP President Nitin Gadkari over alleged irregularities in coal block allocations.

Kejriwal and several others were detained but later released by the police when they tried to stage protests outside the residences of the prime minister and Congress president Sonia Gandhi early in the morning.