Kolkata: He was a hardened criminal who had resisted all attempts at rehabilitation – till a renowned dancer visited the Presidency Jail here and began a therapy session. Today, he has even appeared opposite award-winning actress Rituparna Sengupta in “Muktodhara”, a film loosely based on his life and transformation.

Nigel Akkara, 34, was initially reluctant, but dancer Alokananda Ray and then Inspector General (Prisons) B.D. Sharma convinced him to be part of the activity, under a government-sponsored move to reform prison inmates through cultural engagement.

Ray decided to stage the dance-drama “Valmiki Pratibha” by Nobel laureate Rabindranath Tagore. The actors were selected from among jailbirds, and Nigel played the lead role of dacoit Ratnakar who transforms into sage Valmiki.

That play transformed Nigel. It also helped in opening new avenues for him following his release from prison in 2009 after serving a nine-year term.

“I was mesmerized by the acceptance that I got after ‘Valmiki Pratibha’. Sometimes, looking at my past, I have wondered whether I really deserve such love and affection,” says Nigel, who now owns a cleaning and security agency and employs several former jail mates.

“After ‘Valmiki Pratibha’, a lot of people came to know me. After I was released, I wanted to do something on my own. But though people took pity on me and asked for cleaning services, they didn’t trust me. They remained suspicious,” Nigel says. 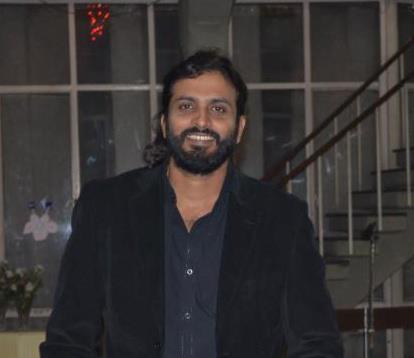 He was determined that fellow jailbirds should not suffer a similar fate after release. “After lot of hard work I had set up my small company where most of the employees are former convicts. I want them to lead a normal life,” he says.

Nigel’s big break came when he got the chance to play the lead role opposite Sengupta in “Muktodhara’.

“The film is not completely autobiographical; there is a good bit of fiction mixed in. But the biggest thing I got after acting in the movie was acceptance and recognition as a new person,” says Nigel, who was paid Rs 2.5 lakh for the movie.

Although Nigel’s macho looks and acting skills have won him a following and he now has directors knocking on his doors with offers, he does not want his silver screen success to go to his head.

“In the last few days I have received several offers that I have turned down. I want to keep acting as a side profession. My main aim is to establish my own business. That way I can provide more former convicts with opportunities to lead normal lives,” he says.

“Muktodhara” has completed over three weeks at the box office. It has received rave reviews and is minting money. Most shows are houseful.

Nigel, who wants to work with renowned directors such as Rituparano Ghosh and Srijit Mukherji, seeks to change the meaning of “freedom” for jail convicts. “Freedom should always come with peace of mind,” he says.

Apart from employing former jailmates in his business, Nigel also runs a home for children of prisoners to provide them a good education. Almost all the children in the home study in renowned English-medium schools.

However, Nigel has now decided to close down the home and transfer the children to various boarding schools as city residents near the home have become aware of the identity of the students and are keeping them at arm’s length.

“I thank society for giving me a second chance. I personally feel that someone who comes out of prison deserves a second chance. You can’t punish a person for the same sin twice,” Nigel said.