Shimla: Sitting on an unpaid electricity bill for several years, the deputy commissioner’s office complex in the city centre is perhaps one of the biggest defaulters of the loss making HP state electricity board (HPSEB) in the state capital, something for which lesser mortals would have had their power supply disconnected long time ago. 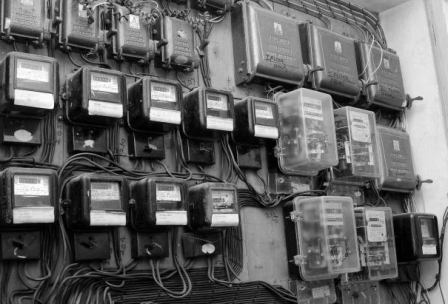 Sources to Hill Post revealed that a perturbed deputy commissioner Arun Sharma, concerned about instructions on austerity measures being short-circuited has shot off a letter to the subordinate staff about “alarming facts regarding non-payment of electricity dues in respect to our campus amounting to more than Rs 80 lakhs.”

When contacted Sharma said, “efforts are being made to liquidate the electricity dues at the earliest. They will be cleared in the year ahead”.

With many departments, including SP Shimla, district public prosecutor and others sharing office space in the DC office complex, paying up of the electricity bill has got wrangled into sharing it with other users and has been left untouched for years and arrears have kept on mounting.

A source working in the office disclosed, “the amount has piled up as electricity dues and have not been paid since around 2007-08.”

To cut down electricity consumption, instructions have been issued in the letter for replacing florescent tubes with CFL fittings and heating devices to be used only when needed.

To bring down office expenditure, the deputy commissioner who is just two months old in the office has also sought to revamp the near defunct campus canteen  as about 11% of total office expenses in 2011-12 had been incurred for paying refreshments bills.

With nearby commercial eateries located The Mall supplying the much in demand refreshments to the DC office complex, sources said that last years refreshment bills was several lakhs of rupees.

Sharma instructions in the letter state out that “as a matter of self discipline, refreshments up till now being procured from outside, have to be procured from the office canteen. This will result in substantial savings in refreshment costs.”