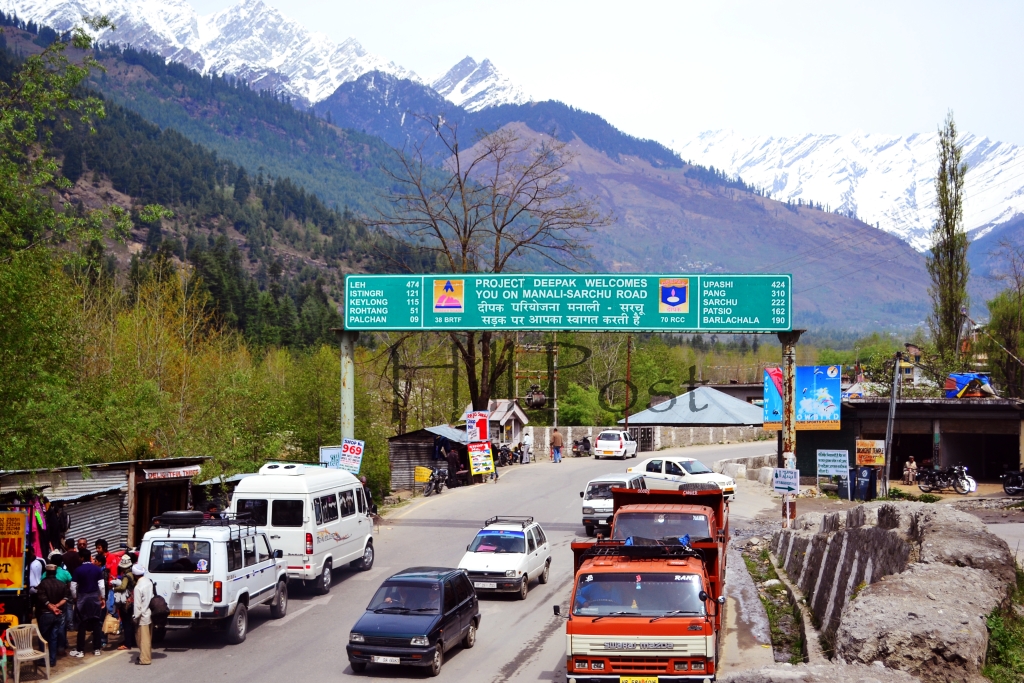 Manali: The Rohtang Pass finally opened for vehicular traffic several hours after cloudburst and heavy rains blocked the National Highway-21 in the valley. Incessant rains in the upper reaches of Himachal resulted in traffic blockade at the Rohtang Pass. Hundreds of tourists were stranded in the valley and daily life was hit badly.

“Traffic was restored Sunday evening and all stranded vehicles have been cleared,” an official the 38 Task Force of the General Reserve Engineering Force (GREF) stated.

“Work on reconstructing the bridges is on. But the traffic on an alternate bridge in Palchan diverted. Still the road is slippery and we are advising motorists to exercise caution while travelling,” the official added.

This year Rohtang Pass received record snowfall and the road conditions remained bleak throughout the season. The cloudburst caused heavy damage to the roads in and around the Rohtang Pass. The MET department has warned that the rains will hit the valley again and officials have asked the Leh bound tourists to take precautionary measures to avoid any kind of trouble.

HRTC restored bus services to Udaipur, Keylong, Killar and normal life was brought to normalcy. Tourists reported that many parts of the road were broken between Manali and Kullu. It is also reported that the Beas is flowing close to the danger levels. The officials have asked tourists and locals not to go near the river bank.

-with inputs from IANS