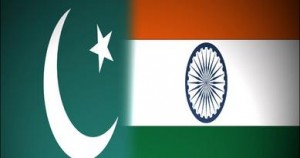 According to officials, Pakistani troops late Sunday opened heavy fire on the Budhwar and Kot Kubba posts in Arnia sector of the international border, about 45 km south of Jammu. “The firing was heavy for the first 15 minutes, became intermittent later and continued for over an hour,” an official said.

There was no loss or injury in the firing which “is usually done by Pakistan to give cover to infiltrators”. The BSF is carrying out intense searches in the area to find if anyone infiltrated into India.

Troops on the international border and Line of Control (LoC) are on high alert in view of Independence Day next week when militants make desperate attempts to strike.

There have been more than 250 ceasefire violations by Pakistan since 2006 and 18 this year. India and Pakistan had agreed for ceasefire on frontiers in November 2003, considered amongst the pivotal confidence building measures between the two countries.