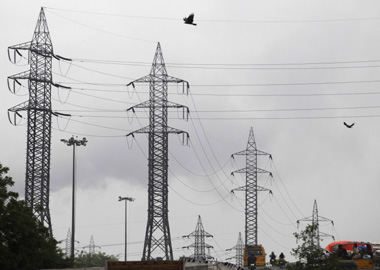 Shimla: Facing problems in selling power in a distressed market and in recovering power dues, Chief Minister Dhumal said that reforms in the sector had failed the country.

With hydropower generation in the state having increased substantially in 5 years, he said, per unit sale energy prices had dropped by more than fifty percent.

“With more projects expected to come on stream in the next few years there would be a problem about where to sell the power under such conditions,” he said.

Citing the case of Uttar Pradesh, the chief minister said that the state was facing problems in recovering Rs 200 crore for power sold to it in the year 2011-12 because after there was a change of government in UP, the new government is refusing to pay up the dues.

He said that power utilities were  imposing cuts on their consumers in other states because distribution companies were facing under recoveries of Rs over 150,00,000 crores in the country and banks had refused to bail them out to buy power from generation companies.

Terming it as a failure of power reforms, Dhumal said the outcome is there for all to see as grids are failing.

The chief minister said that after the Supreme Court verdict on Himachal’s share in BBMB projects, the state had started getting its due 7.19 percent share from November 1, 2011 but had not got the due arrears as decreed by the court.

“There are reports that the central government was intent upon reducing arrear dues by as much as Rs 850 crores,’ said Dhumal, “should that be the case the state would contest it before the Supreme Court.”