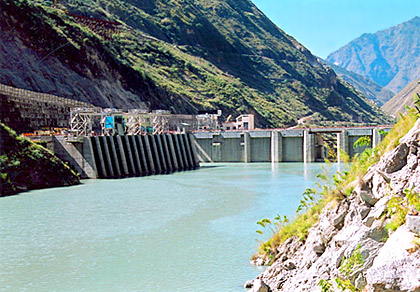 Shimla: Unable to recover local area development funds from private and public power generation companies executing projects in the state, the government has put them on notice to clear the dues at the earliest.

Chief minister Prem Kumar Dhumal in response to a question by BJP legislator Tejwant Negi said that under the LADF policy, first formulated in 2006 and later amended in 2009, developers with over 5 MW of generation potential have to contribute 1.5% of project cost towards the fund and those with sub 5 MW generation potential have to contribute 1 percent.

He said that from the 118 projects that have to contribute towards LADF, the government had so far received Rs 192.93 crores of which Rs 185.56 was collected during the term of the current government.

However, the chief minister, who hold the power portfolio, pointed out that a total of Rs 264 Cr was still due from project developers and the state government had issued a notice to them for speedy recovery that is spent to be spent on the project affected community.

The largest defaulters in contributing towards LADF were the public sector companies, NHPC and NTPC, who owed Rs 157 crore to the fund.

In response to a supplementary, the chief minister said that on an enhanced project completion cost of Rs 7080 Crore of 1000 MW Karcham Wangtoo project, the LADA fund from Jaypee Hydro worked out to Rs 103 crore, of which development works worth Rs 34.6 crore had been carried out, the company had deposited Rs 35.35 crore in the fund and Rs 33.60 crore was still due.

Of a total identified power potential of 23,560 MW, the state had so far only harnessed 6,673 MW of power in the state through central, state, private and joint sector companies.