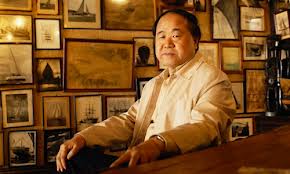 The Nobel Prize Award Ceremony for 2012 started with the Swedish royal anthem “The King’s Song.” Mo Yan, dressed in black tailcoat, went slowly up to his seat on the stage with the other Nobel Prize winners, Xinhua reported.

Marcus Storch, chairman of the Board of Nobel Foundation first addressed the ceremony and welcomed the winners for attending the ceremony in Sweden.

King of Sweden Carl XVI Gustaf awarded Mo Yan the Nobel diploma, medal and a document confirming the prize amount after a representative of the Nobel Prize jury in literature introduced the achievement of Mo Yan in literature.

Thereafter, the orchestra presented a part of the “Aladdin Suite” called “Chinese Dance”.

Since 1901, the Nobel Prizes have been traditionally presented to the laureates Dec 10, the death anniversary of Alfred Nobel.