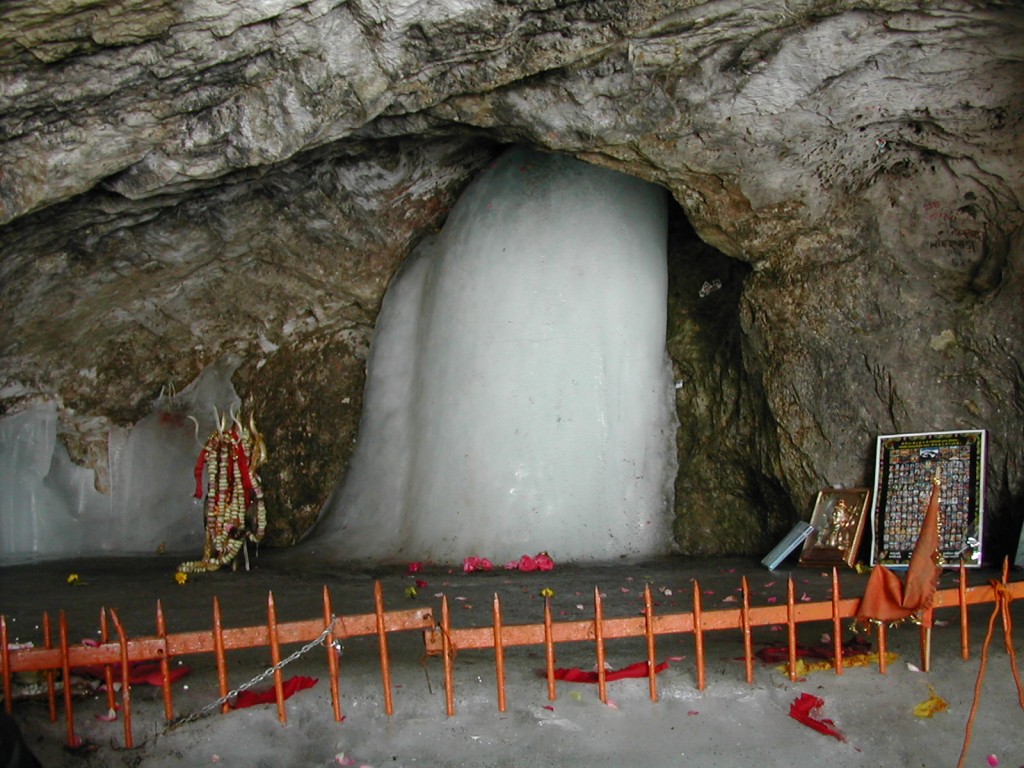 Jammu: The question of improved amenities for pilgrims to the Amarnath cave shrine has again divided the people of Jammu and those of the Kashmir Valley, with the former urging better infrastructure and the latter bitterly opposing this saying road construction will severely disturb local ecology.

The Supreme Court, taking cognizance of the death of over 100 pilgrims this year en route to the Amarnath shrine, situated at a height of 13,500 feet in the Valley, directed the setting up of a special high-powered committee to suggest measures for better arrangements for the pilgrimage.

The committee, headed by Jammu and Kashmir Governor N.N. Vohra, is expected to submit its report by the first week of September.

The court directed building of infrastructure for the smooth conduct of the pilgrimage, which takes place through difficult mountainous terrain and glaciers.

Separatist Hurriyat chief Mirwaiz Umer Farooq was the first to protest the provision of better infrastructure for pilgrims, claiming it would disturb the region’s ecology.

The Mirwaiz said that construction of roads and setting up of infrastructure for pilgrims would entail the felling of trees, which will immensely affect the sensitive environment of the area and cause pollution, resulting in the melting of glaciers.

“The administration is taking the protection of the judiciary on this issue, which goes against the interests of the public,” he noted.

Many civil society groups in Kashmir have since supported the Mirwaiz. At least 31 groups with interests in social, academic and environmental issues said in a joint statement: “We strongly believe that the principles of conservation of environment and administrative facilitation as applied to the pilgrimage to holy Gangotri and the larger conservation plans for the holy Ganga river be applied to the pilgrimage to Amarnath Cave Shrine, as was the established practice in the past.”

“Application of uniform principles of conservation and protection are not only necessitated by the imperatives of the National Environment Policy and the National Forest Policy but also emphasized by the uniform standards of judicial principles,” the statement added.

The civil society groups supported administrative measures to ensure good health and well-being of pilgrims, but said: “Construction of roads and cable cars will not help in preventing deaths because of the inherent health risks in high altitude travel.”

This prompted Jammu-based Hindu religious groups and political parties like the Bharatiya Janata Party, the Panthers Party and the Jammu State Morcha to come out in favor of construction of infrastructure for pilgrims.

They accused the state government of “adopting a policy of appeasing the separatists and disrupting the smooth conduct of the Amarnath pilgrimage.” They said that the government was deliberately trying to create a 2008-like situation, when groups in Jammu agitated for over two months to get about 40 hectares of land at a base camp allotted to the Shri Amarnath Shrine Board. This was widely opposed in the Valley.

The government, in its bid to soothe tempers in the Valley, hurriedly called a press conference Sunday which was addressed by National Conference trouble-shooter and Finance Minister Abdul Rahim Rather who categorically dismissed reports of constructing a macadam road or installing a ropeway to the Amarnath Shrine.

“The media report quoting the Supreme Court order to construct a road to the cave (Amarnath) is wrong,” he said, adding that a special high-powered committee is working on suggesting measures for better conduct and safety of the pilgrimage. “We will come to know the recommendations of the committee on Sep 10,” he said.

The Congress, the junior coalition partner of the National Conference, which has 13 out of 17 MLAs from the Jammu region, is silent on the issue.

In 2008, Abdullah, who was then a member of the Lok Sabha, had said in the house: “We will not give an inch of our land to the (Shri Amarnath) Shrine Board. Kashmiris have never demolished or desecrated temples. Despite all tensions, they did not touch the Amarnath yatris. We are not communal like you (BJP people). Muslims have always supported the yatra and will continue to do so. The issue was that of land wrested from people. We fought for the land and will continue to fight for the land”

VHP president Dubey dug his heels in. “We will not allow anyone to play with our religious sentiments,” he said.