Chances are high that you might not know when the Indian contingent flies to any of the countries to represent the country in the Special Olympics. Special Olympics was first organized in the 1960s by Eunice Kennedy Shriver to provide an opportunity to the intellectually disabled adults. It is divided into Winter games and Summer games.

However, quietly slipping by, these Olympics do not garner a lot of public interest nor do sponsors battle to display their logo.  If you read the paper carefully, you might probably see a mention. 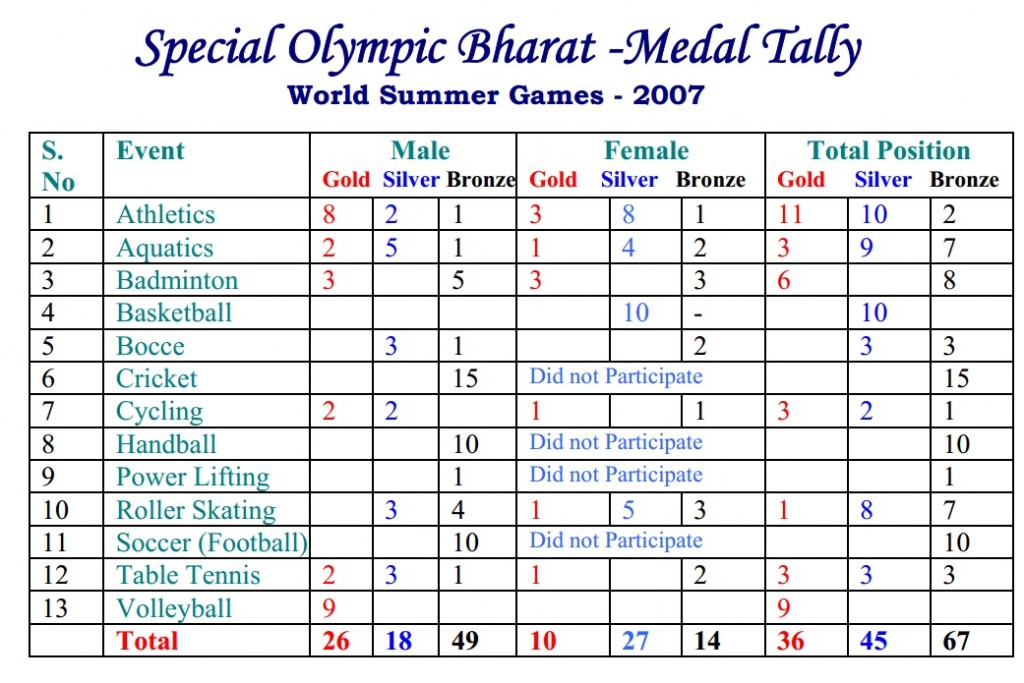 The Special Olympics Bharat teams made their presence felt in the World Winter Games 2009,  Idaho USA when they claimed in Alpine Skiing , 3 Gold Medals  (Girls), 3 Silver (Boys), and one Bronze (Girls).

In Snow shoeing, One Gold (Girls) and 2 Silver (Boys).

In Snowboarding (Boys) 2 Gold, 2 Silver, and one Bronze.

The Floor Hockey team (Boys) won the Gold, and the Girls team claimed the Silver.

To encourage these athletes, Camps are being organized throughout the year and one can witness the bond among these special children and adults especially when different states come together to encourage the children.

The coaches, the committee, the preparation and the camps that are meticulously organized deserve a huge round of applause.

Please check this map (from one of the reports): 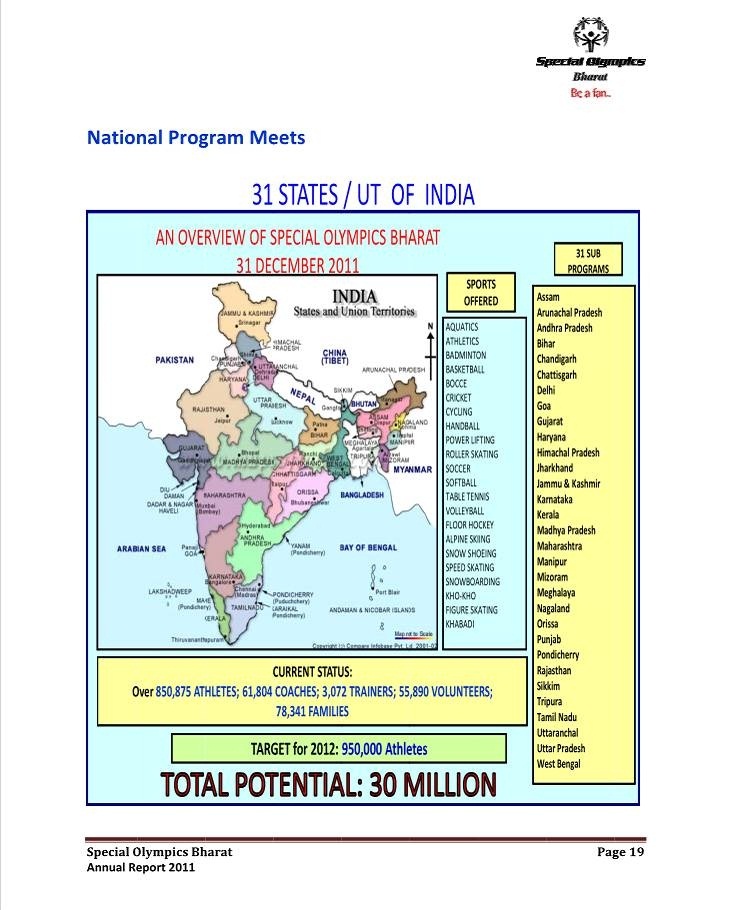 On a healthier note,

Often one sees the participants helping each other.

Most of the coaches from different camps agree to the fact that the love and affection that the players have for each other is something worth emulating.

Where else would you find a player stop for another and then holding hands to run together to touch the finishing line?

Perhaps a lesson for us!