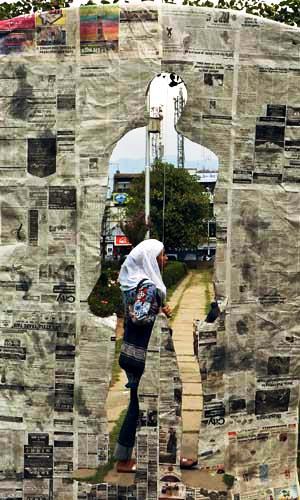 Srinagar: On the occasion of International Day for Disappeared Persons, the Association of Parents of Disappeared Persons (APDP) and their families paid tributes to persons who in two decades of strife in Kashmir valley have disappeared, some, allegedly at the behest of security forces.

“The oppression resulting out of two decade long conflict has economically crippled the families of those who have disappeared during the period. Many such families are psychologically bruised and socially ostracized,’ says Parveena Ahanger, chairperson APDP, a 50 year old woman whose 10 year old son was subjected to enforced disappearance in 1990 allegedly by Border Security Forces (BSF).

“Over the years, Kashmir has been a witness to innumerable cases of Human Rights violations ranging from tortures, extra judicial killings to enforced disappearances. The endless wait, immense pain and unexplained silence describe the pathetic conditions of family members of those who have lost their loved ones,” she adds.

She later joined hands with hundreds of other families who have also met same fate to fight for the justice.

Ahanger said that the denial of justice has added to the plight of the family members of the disappeared people,

“The immunity provided to the security agencies through inhumane laws like AFSPA, DAA,PSA, gives the license to kill, harass and ransack the possessions without being questioned and the tragedy is that the burden of proof shifts on the victims,” says Ahanger.

“Out of all the cases documented by this organization from Srinagar district, 82.25% have eyewitness accounts of the direct involvement of the security forces, yet no action has been taken so far” says the agitated activist.

Later in the day families of the victims, the activists and volunteers of the APDP proceeded to Narbal- on Srinagar Baramulla highway- where APDP has been donated a piece of land for erecting a memorial dedicated to people who have been subject to enforced disappearance.

Ahanger appealed the international community to come in support of the cause being pursued by the APDP for the past two decades.