Shimla: To boost productivity in agriculture and horticulture crops as well as have technical collaboration on renewal energy, the Himachal government would try and enter into a memorandum of understanding with Israel with approval from the central government, chief minister Prem Kumar Dhumal disclosed here today. 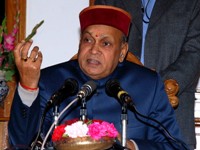 Other than the feasibility of technology transfer especially in water management, waste management, opportunities in tourism would be explored as over 50,000 Israeli tourists visit Himachal annually, he said.

The country had emerged a leader in drip and sprinkler irrigation system and by being able to recycle about 75 percent sewage water for irrigation, the small country with a population of 70 lakh people had been able to achieve very high productivity levels in all crops grown including apples, said Dhumal.

At the conference 10 Israeli companies did make presentations about the various kinds of technology options they could offer and we have been invited a delegation to make presentations here so the more experts could assess the possibility of tech transfers. 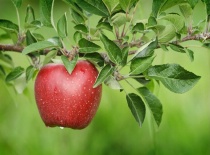 A exchange program for exposing farmers or fruit growers of the ability of fetching 1 lakh ton productivity of apples from 2500 hectares would arranged, he said.

The MOU would also try and incorporate a tie-up with universities for exchange of research programs.

With water shortages being felt world over, Israeli experience in water management, conservation, harvesting and recycling is being tried out in other countries and they recently entered into an MOU with an American state, disclosed the chief minister.

Other than the chief minister of Himachal and Punjab, delegations from 25 countries including 10 from Asia participated in the international conference.