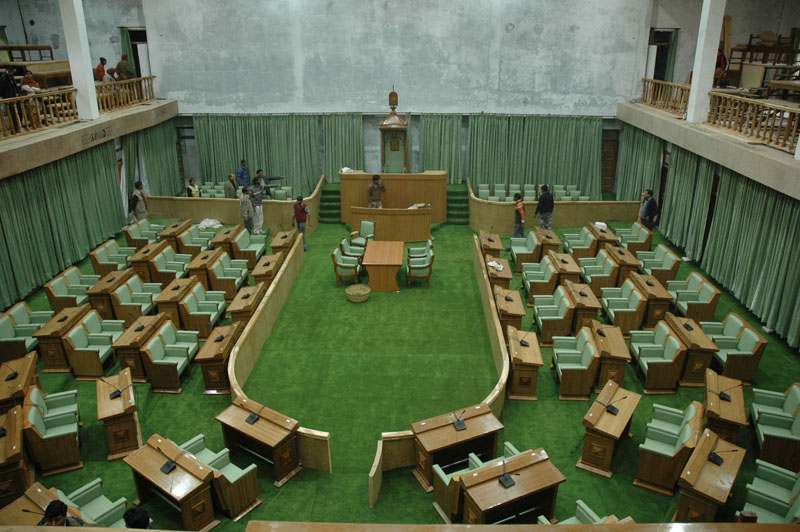 Speaker thanked the government, Vidhan Sabha staff, opposition leaders and media for assisting the chair for running the session peacefully.

The session, which commenced on August 27, 2012 has cleared 22 important bills, 100 starred (*) and 55 unstarred questions were discussed in the assembly during question hours.

He said that 42 accounts reports were laid in the table of house, one issue was discussed under rule 130 two suo-moto statements were presented in the house by concerned ministers and a No-confidence motion was debated for nine hours in which 19 members of house took part.

Rraising upper land ceiling limit to regions organizations was important Bill passed in this session and the house also apprised by the government about making inoperative HP apartment and property regulation act.

Chief Minister Prem Kumar Dhumal was upset over frequent walkout the Congress members in the house and said that during four day seating of Monsoon session opposition staged out walk out daily and during thirteen sessions in last four and half years opposition had staged walkout 27 times in 165 seats.

He praised the role played by media for giving ample coverage of the current session and said that it help to percolate the government policy and plan to grass root level by covering each issues emphatically.