Shimla: Prem Kumar Dhumal, Chief Minister Himachal Pradesh has recommended the case of Shri Vijay Kumar who has won the Silver Medal in 25 meter rapid fire competition in the Olympics being held at London for awarding him the highest “Rajiv Gandhi Khel Ratna Award” in order to boost his morale further to bring more of laurels to the Country. 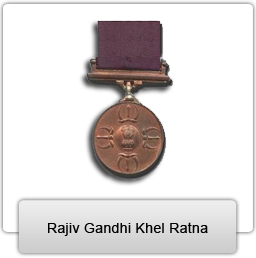 He wrote letter to the Prime Minister Dr. Manmohan Singh today in this respect.

Chief Minister said that the Himachal Pradesh State Government in recognition to his contribution and achievements had announced a cash award of Rs. One Crore and also decided to honour him with “Himachal Gourav Award” on Independence Day i.e. 15th August, 2012.