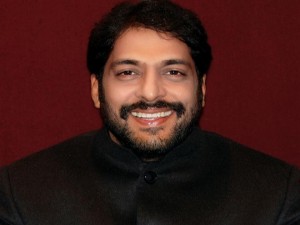 The resignation came just hours after Kanda was booked for abetment to suicide by the Delhi Police after a former flight attendant, Geetika Sharma, committed suicide in New Delhi Sunday. She had, in her suicide note, accused him of harassing her which led to her suicide.

“I have submitted my resignation to the chief minister today evening after he returned from Kolkata. I was waiting for him (Hooda) to return to submit my resignation,” Kanda told reporters in Gurgaon, near New Delhi.

“I will come out clean in this. There is nothing against me. I have submitted my resignation so that there is no interference in this matter. The law will take its own course,” Kanda said.

“The thing she did today…… she was intelligent, cannot say how this happened. Everything will come out in the investigation. I am not named in her note. I was not in touch with any employee. I have no direct relation with anyone (employees). You will come to know. What has happened is wrong,” Kanda maintained.

The body of Geetika Sharma, 23, was found hanging in her Ashok Vihar house in north Delhi Sunday morning. She earlier worked in Kanda’s now-defunct MDLR Airlines.

In her suicide note, the victim blamed Kanda for breaking her trust, police said, adding that a case of abetment to suicide had been registered against him.

Kanda owned the MDLR Airlines where Sharma worked as a flight attendant. After the airline ceased to function in 2009, Sharma was given a job in another company owned by Kanda.

According to the victim’s brother, Gaurav Sharma, his sister was being constantly being mentally harassed by Kanda and his colleague Aruna Chadha.

“My sister quit her job and decided to work with Emirates and had gone for training in Dubai but Kanda wrote to them accusing my sister of having a bad character which led to her termination,” he told reporters.

She was being asked by Kanda to join his company again, added Sharma.

Tirath told reporters: “We will send this case to the National Commission for Women for investigation. I will write a letter to the chief minister of Haryana.”

Hooda earlier in the day said that “appropriate action” would be taken in the case.

Kanda, who began his career as a slipper (chappal) seller and later became a multi-millionaire property dealer, later floated the MDLR airline in 2007. He was elected as an Independent legislator from Sirsa seat in the October 2009 assembly poll in Haryana and joined the Congress-led government headed by Hooda.

He was made minister of state for home by Hooda despite having been named in police cases earlier.