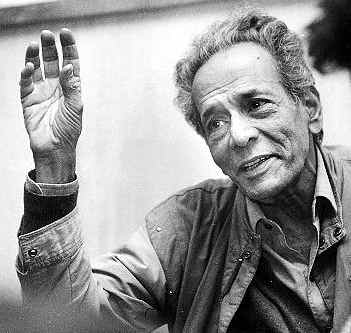 New Delhi: ‘Habib Tanvir: Towards an Inclusive Theatre’, a book on the life of the late veteran playwright and director and his contribution to the Indian theatre industry, was launched here today on the eve of his 89th birth anniversary.

It is not a biography, says author Anjum Katyal.

“It is a specially-timed book launch, a tribute to Tanvir saab just ahead of what would have been his 89th birthday. People have asked me – ‘Is this his biography?’ I’ve said no, because it is more imperative that his legacy should not just be remembered, but understood and valued,” Katyal said at the launch.

“The book is majorly a study of his theatre, but yes it does have a lot about his life too. He was a great theatre personality and his commitment to theatre was unmatched,” she added.

Katyal’s book was launched by theatre personality M.K. Raina, who says Tanvir “inspired lot of juniors like us find a path in the industry”.

In her book, Katyal has charted Tanvir’s professional trajectory from his early life and work – from plays like “Agra Bazaar” and “Gaon Ka Naam Sasural”, when he was searching for his true form, to “Charandas Chor”, which portrayed the eventual maturing of his style, and beyond, to cover his entire oeuvre.

“Tanvir saab always said that one can’t have modern theatre without majority of people who were from rural or tribal areas,” said Katyal, referring to his pool of work with folk artists from Chhattisgarh.

The launch, which also saw the screening of parts of a documentary on Tanvir, was also attended by the playwright’s daughter, Nageen Tanvir, a classical vocalist.

She remembered her famed father as a focused, clear, professional, disciplined and down-to-earth theatre veteran, who breathed theatre even during his last few moments in the ICU in 2009.