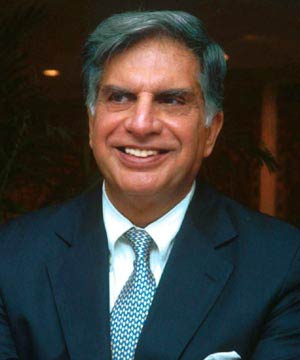 Kolkata: A shareholder garlanded him, some offered him send-off gifts and yet others urged him to put his signature on the annual report.

Ratan Tata, who chaired his last major Tata Group company annual general meeting here Friday, obliged all of them. Tata, head of the $83.3 billion salt-to-software conglomerate of more than 100 operating companies, will retire in December when he turns 75.

It was an emotional moment for Tata and the shareholders at the Tata Global Beverages Ltd (TGBL) AGM here. “This is the last time I stand before you, so let me stand,” said Tata, turning down calls to do otherwise.

Tata then thanked the shareholders for their sentiments and warmth. “This has been an equally emotional meeting for me. I think the warmth, the sincerity and the affection that has been displayed is something I will carry back with me through the remaining life of me.

“I am an emotional person. And I will not forget what you have meant to me in the years that I have needed you.”

Most shareholders, however, raised concerns over the Singur fiasco and sought to know the groups’ future plans for West Bengal.

The Tata boss noted that the Singur issue did not bring any sense of anger to him, just a sense of sadness that he couldn’t do “something” there.

“May be one day you will have a Tata Motors factory somewhere in Bengal and hopefully be welcomed.”

“I have enjoyed and in fact had a sense of great satisfaction in all the interactions I have had with you, with the people of West Bengal. I often considered them to be very warm and friendly people.

“I lived six years in Jamshedpur, at that time I used to be in Calcutta off and on. I have an affinity to this part of the country which is why we tried to bring a car manufacturing facility here.”

As the AGM got over, there was a mad rush among the shareholders to shake hands with Tata and he obliged merrily.

There was only fleeting moment he was bereft any expression when journalists asked him whether he had any message for Chief Minister Mamata Banerjee.