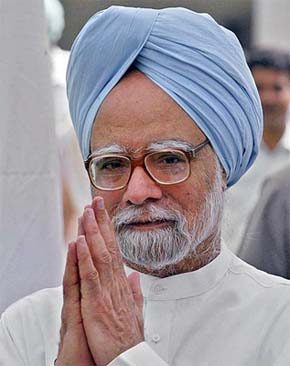 New Delhi: Prime Minister Manmohan Singh will make a statement on coal block allocation in the two houses of parliament, Minister of State for Parliamentary Affairs Rajeev Shukla said Monday and urged the opposition, particularly the Bharatiya Janata Party (BJP), to allow him to speak.

Referring to the BJP, which stalled proceedings in parliament last week over its demand that the prime minister should quit, Shukla said discussion should be allowed to take place.

“In parliamentary democracy, one should hear the other’s viewpoint also. Raise your points through discussion. Whatever criticism is to be made, do it through debate,” Shukla told mediapersons.

He also accused the BJP of adopting double standards on the reports of the Comptroller and Auditor General (CAG).

The CAG had earlier this month revealed that the lack of transparency in the allocation of coal blocks to private players resulted in a loss of a whopping Rs.1.85 lakh crore ($37 billion) to the exchequer as on March 11 last year.